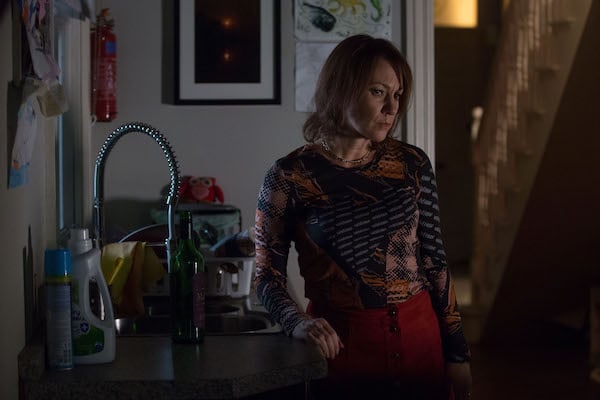 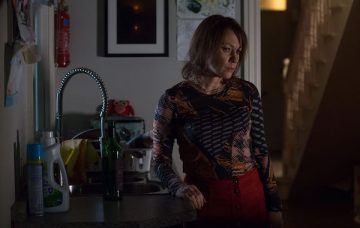 Is she playing with fire?

Rainie Branning gets herself into some seriously deep water next week when she reports Stuart Highway to the police for a serious crime… but will she live to regret her decision?

Still desperately missing Max since he went to France, Rainie has found something else to focus on to take her mind off missing her estranged husband.

After spotting Stuart at a Narcotics Anonymous meeting recently, Rainie was shocked to hear him confessing his darkest secrets to the group… and wasted no time in telling him that she knew everything.

Since then Stuart has been keeping a close eye on Rainie, worried she is going to spill his secrets to the rest of Walford.

But next week sees the sinister pair continue to play mind games with each other, clearly enjoying the hold they have over one another.

When Rainie sees Stuart with a bag of Dot’s clothes next week, she is instantly suspicious about why he would be wandering around with her belongings.

Knowing that Rainie is already thinking the worst of him, Stuart does what he does best and decides to goad Max’s wife by letting himself into her house!

Rainie is sickened to find Stuart in her home, and feeling unsettled she heads to The Vic to clear her head.

But while she’s there she has a chat with Tina, who everyone knows isn’t Stuart’s biggest fan.

Despite Tina’s words of warning to not get involved with Stuart, Rainie can’t help herself and heads to Dot’s.

But once she’s there, she’s startled to find Dot isn’t, and Stuart enjoys winding her up about the pensioner’s whereabouts.

Thinking that Stuart has done the unthinkable, Rainie calls the police and tells them Dot is missing… but it’s clear that Stuart’s been toying with her when Sonia arrives and reveals Dot’s gone on holiday to Ireland.

Despite his fake apology, Rainie can’t help but let him rub her up the wrong way and she is still annoyed about his cosy little set up at Dot’s house.

Trying to convince Sonia that Stuart is dangerous, her words of warning are nothing that Sonia hasn’t heard before.

Deciding that she needs to keep her enemies close, Rainie fools Stuart into thinking that she believes he is genuine – but will he fall for her games?

Is Rainie getting herself into trouble? Leave us a comment on our Facebook page @EntertainmentDailyFix and let us know what you think!