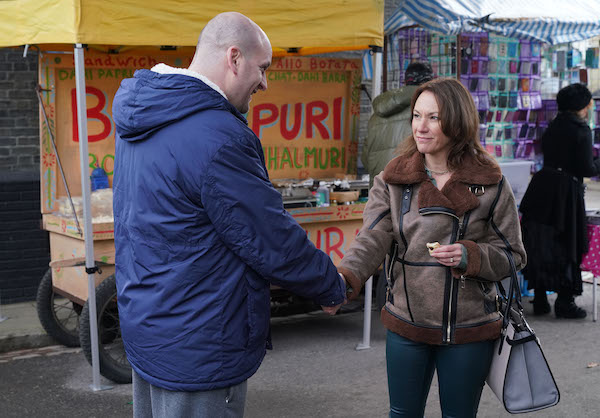 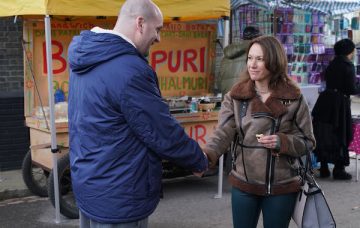 Is Rainie playing with fire?

Ever since Max has been away in France, Rainie has been feeling lost, turning to drink and befriending random men in the Vic.

But another way she has found to pass the time until her husband is home is getting caught up with local villain Stuart after bumping into him at a Narcotics Anonymous meeting.

But next week sees the story take a sinister turn when Rainie gets some bad news.

When Jack arrives home without Max, Rainie is heartbroken to discover that Max is staying on in France indefinitely.

And the reason behind Max’s decision to stay soon becomes clear when Rainie discovers a picture of Max with another woman on Jack’s phone.

Horrified that Max has moved on with someone else, Rainie is left utterly devastated when Jack confirms that Max is seeing a new woman.

Realising that her whole world revolves around Max and their sham marriage, Rainie gets a drink.

But when Jack catches her, she is adamant that she hasn’t actually drunk any of it.

Demanding that Rainie goes to another Narcotics Anonymous meeting if she wants to stay living under his roof, Rainie reluctantly heads off.

But once there she bumps into Stuart again, and evil Mr Highway listens intently as Rainie opens up about her problems at home.

Wanting to get closer to Stuart, Rainie has a real heart-to-heart with him and draws him in with her honesty.

But why is she so intent on getting Stuart on side? And is her new obsession with him about to land her in serious danger? Or worse, will it turn romantic?

What game do you think Rainie is playing? Leave us a comment on our Facebook page @EntertainmentDailyFix and let us know what you think!