Brace yourselves, because it seems the news that Sharon Mitchell had an affair with Keanu Taylor could be revealed in next week's EastEnders... but what will Phil Mitchell say?

With the news that Sharon is having a baby now common knowledge amongst the Mitchells, it doesn't take long for it to spread further, leaving Keanu stunned when he realises he could be the father of Sharon's baby as well as Louise's. 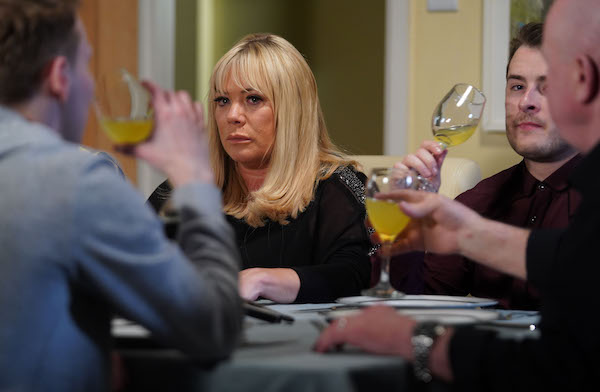 Sharon is mortified when Phil reveals her baby news to the family this week (Credit: BBC)

EastEnders fans will know that Keanu and Sharon reignited their affair recently as they spent the night together in The Arches... but has their passionate hook up left Sharon pregnant or is the baby Phil's?

When Keanu confronts her, Sharon is adamant that the baby she is carrying is a Mitchell. But Keanu isn't convinced and decides now is the time to come clean about their romance.

Keanu confronts Sharon about the baby, wanting to know if he is the father (Credit: BBC)

But Sharon is mortified when he tells her that he's going to take Louise out for lunch and tell her the truth... but will Sharon manage to stop him before it's too late?

Meanwhile, Phil is regretting telling everyone about their baby news, and as the reality of being a dad again sinks in, he heads to the Vic to think. 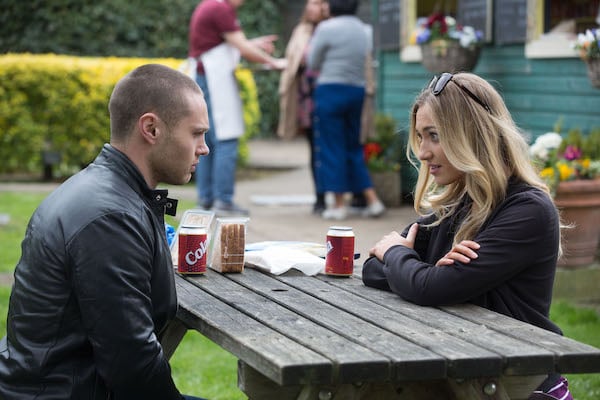 Keanu prepares himself to tell Louise the truth (Credit: BBC)

Realising that Phil needs someone to talk to, Linda tells Mick to be there for Phil, and as the men share a game of darts, Phil starts to open up about the pregnancy to Mick.

But just when he is starting to get his head around the fact Sharon is having a baby, it seems Phil's about to discover that he might not even be the father when Keanu tries to spill the beans about his affair with Sharon. 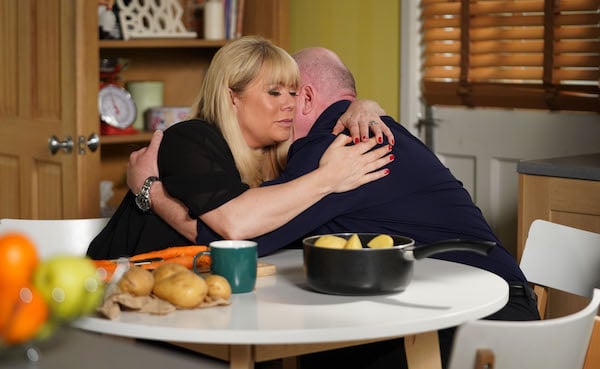 Phil tries to get his head around the fact Sharon is pregnant (Credit: BBC)

Having failed to get to Keanu and put a stop to his lunch with Louise, Sharon is horrified to get home and find Phil, Louise and Keanu all waiting for her in the living room.

Does this mean Keanu has revealed everything and Phil and Louise know the truth? 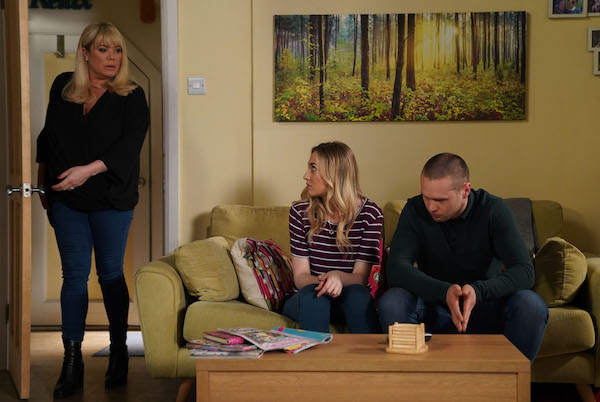 Sharon gets home to find everyone waiting for her... does this mean the truth is out? (Credit: BBC)

And what sort of rampage will Phil go on if the news about his wife's infidelity is revealed?

By the end of next week Keanu finds himself kidnapped and tied up in an abandoned warehouse.

But is this Phil's handiwork? Things definitely don't look good for the mechanic...

What do you think Phil will do when he finds out about the affair? Leave us a comment on our Facebook page @EntertainmentDailyFix and let us know what you think!