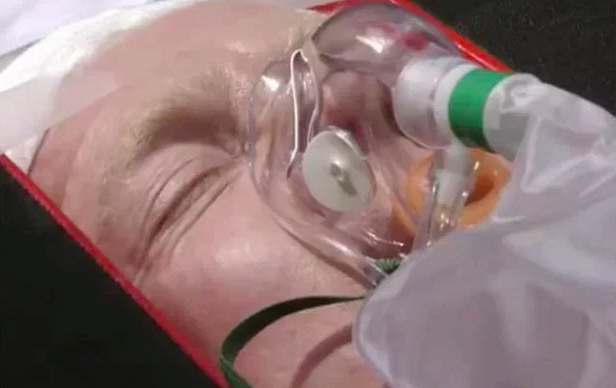 Is this the end of the EastEnders legend?

It looks like time could be up for EastEnders legend Phil Mitchell next week when he finds himself the victim of a horrific attack and is left for dead at The Arches.

With a shady history like Phil’s there’s no shortage of people who might like to give the Walford hard man a good beating… and it seems someone takes the opportunity next week when a mystery attacker tries to kill him.

The drama starts when Sharon Mitchell gets confused during a chat with Ben Mitchell and accidentally reveals that Phil has written him out of his will.

Poor Sharon is all in a muddle after finding out who the father of her baby is when the DNA test results arrive.

She misreads what Ben is saying and thinks that he already knows that Keanu has been written into Phil’s will instead of him.

Ben is livid that his dad would do something like that, and with his plan to take Phil for everything he has got unravelling by the minute, Ben sees red and storms out of the Mitchell house.

But Ben isn’t the only one who is at war with Phil.

Keanu has also fallen out with Mr Mitchell after discovering that he is still involved with his dodgy business contacts and begs Phil to put his illegal work to one side for the sake of his unborn child.

But Phil doesn’t take too kindly to being told what to do and delivers Keanu a shocking ultimatum in The Vic later that evening.

So with Ben and Keanu both at war with Phil, it’s no surprise that things soon turn nasty.

Still fuming about the will change, Ben calls Keanu and tells him to meet him at the Arches, determined to make him pay for getting his feet under the table at the Mitchells’.

But once there, Phil also turns up and all hell breaks loose when the day’s events catch up with Mr Mitchell and someone attacks him.

As Phil takes on the fight of his life, it seems he might have the upper hand against his attacker… but when he loses control of the situation, things take a sinister turn with Phil ending up seriously hurt.

But who has left Phil for dead?

Could Ben be the one with blood on his hands after getting revenge for the will change? Or has Keanu had enough of Phil and his controlling behaviour?

Or could to be someone entirely different? Phil certainly has enough enemies in the E20 postcode.

As Phil fights for his life, the end of next week sees those involved in the drama desperately trying to cover their tracks as the police get involved.

But who is guilty? And how far will they go to keep their name out of the frame?

Who do you think attacked Phil? Leave us a comment on our Facebook page @EntertainmentDailyFix and let us know what you think!