It looks like there could be romance heading for Albert Square next week when Bernadette Taylor lands herself a date. But will it be a success?

With Tiffany Butcher spending more and more time hanging out with evil Evie Steele, her friendship with Bernie has been left on the back burner. 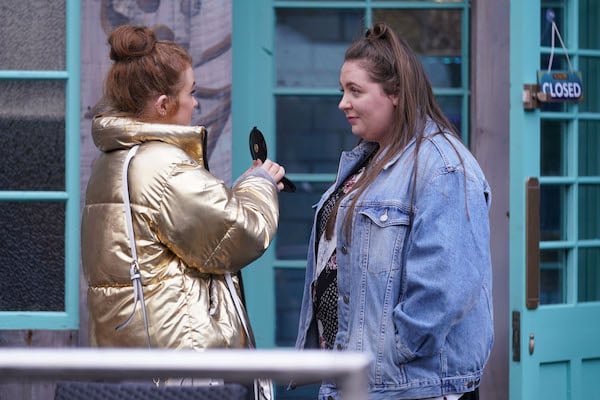 Bernie tells Tiffany she has got a date (Credit: BBC)

And with Bernadette totally against everting that Evie stands for, there's no chance that the three of them will be all hanging out together any time soon.

But when Tiff gets a frosty reception from Evie's gang next week, Bernadette finds herself caught up in the crossfire between the group and Tiffany is quick to stand up for her best friend when it really counts. 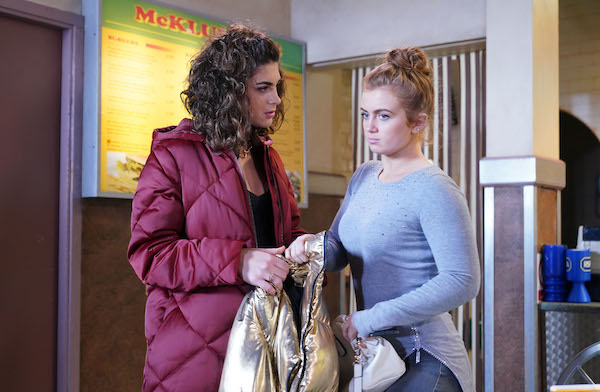 Evie isn't happy with Tiffany after she stands up for Bernie (Credit: BBC)

Bernie once again pleads with Tiffany to see that Evie is grooming her, but despite her words falling on deaf ears the pair do manage to make up and put their troubles behind them.

As the best friends chat, Tiffany is shocked to hear that Bernie has been online dating and helps her get the confidence she needs to pursue a possible date. 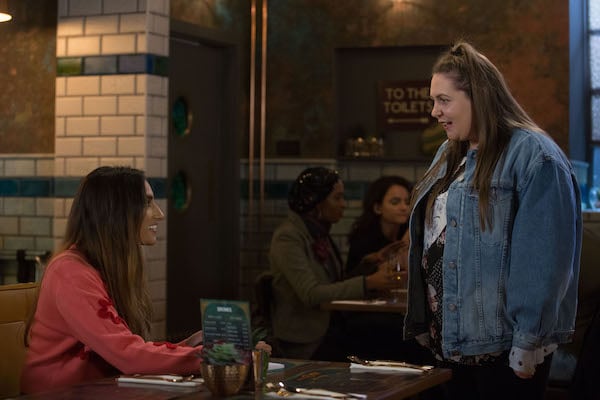 The next day Bernie has a nightmare trying to get ready for her new date... but thankfully Tiffany arrives in the nick of time and lends a hand.

But when Bernie arrives at the restaurant she mistakenly thinks that Masood's recently-arrived niece Habiba is her date and is mortified when she realises she's got it wrong. 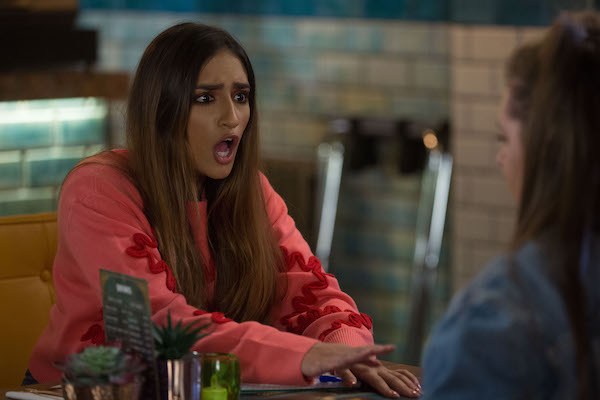 Habiba brushes off the confusion, but Bernie is horrified that she got the wrong end of the stick and sets about finding the person she is really there to meet.

But will her date be a success? Or is she about to get her heart broken already?

Do you think Bernie deserves to find happiness? Leave us a comment on our Facebook page @EntertainmentDailyFix and let us know what you think!