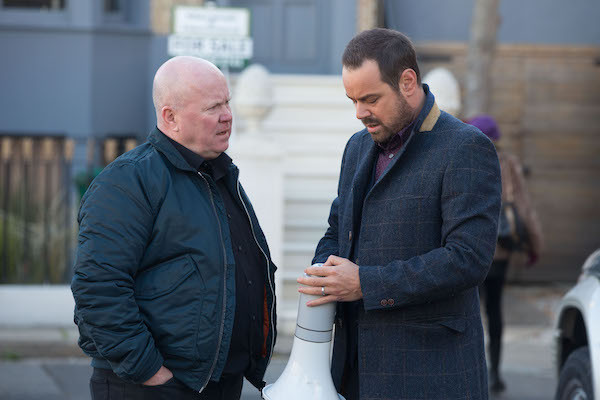 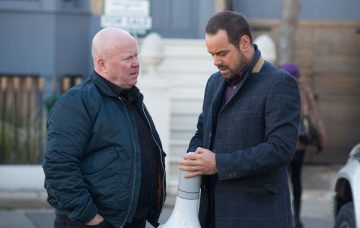 If you need a violent revenge plot carried out, Phil's your man...

EastEnders hero Mick Carter has every reason to be plotting payback on his former friend Stuart Highway.

If we listed all the harmful, wrong and frankly sadistic things Stuart had inflicted on the Carter family, we’d be close to producing the next War And Peace.

Suffice to say, Mick served time for a crime he didn’t commit thanks to Sicko Stuart.

This week, Mick was released from prison and horrified to discover that the cause of all his troubles was back in Albert Square and living with Dot Cotton.

And, as yet, he doesn’t even know the true horror of it – that Linda seduced Stuart to get him to confess (and nearly got violently assaulted in the process).

Mick and Stuart had a conversation teeming with suppressed hatred this week, all under the unsuspecting nose of Dot, and Mick delivered his foe a thinly veiled threat.

Mick is clearly ready to get his own justice, being unable to prove anything about Stuart’s wrongdoings to the police (who, to be honest, he doesn’t have a lot of faith in anyway).

And seeing Stuart’s ugly mug across the Square every day isn’t helping Mick’s state of mind.

After agonising over his next course of action, pub landlord Mick formulates a plan to bring down his foe – and heads over to see Phil Mitchell.

And now we know he means business!

With revenge on Mick’s mind and with Phil now on board, things don’t look good for the bald baddie.

Is he about to be murdered?

Or will they scare him into leaving Albert Square for good?

One thing we know for sure, is that Stuart Highway won’t go anywhere without a fight. After all, what’s he got to lose?