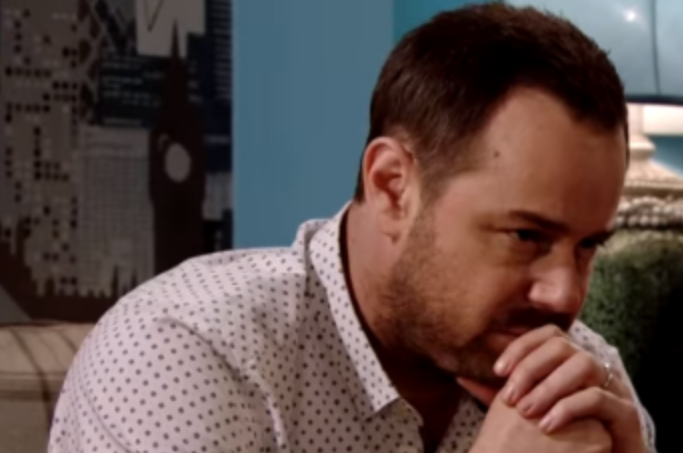 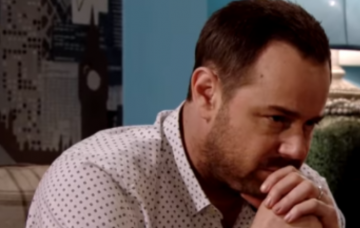 As Stuart comes round, he names the person who shot him

It’s a tense time for the Carter clan in EastEnders next week as medics tell them they are ready to bring Stuart Highway round.

Hoping that Stuart will be able to clear things up and reveal who shot him, they wait anxiously for news.

Read more: First look at next week’s EastEnders in 10 pictures

Meanwhile Shirley is still certain that Dylan is the shooter and sets about working out how to prove it.

But the Carters will be left reeling when Stuart tells Halfway that he remembers who shot him – Mick.

A horrified Halfway then legs it over to the Vic to warn Mick and Linda about Stuart’s accusations before the police arrive.

The couple panic and Linda urges Mick to do a runner, but Mick says it’s no use and decides to face up to the cops – he’s got nothing to hide after all.

Linda is distraught when the police arrive and arrest Mick for attempted murder, while Halfway comes to a worrying realisation.

The family are left reeling after Mick’s arrest and question Stuart’s side of the story while Halfway gets a call from Zara saying that her dad is about to make his official statement to the police.

Linda can’t believe what’s happening and heads to the hospital where she confronts Stuart, begging him to stop his lies, before she’s lead away by the police.

Outside, she pleads with Zara to help her, but Zara deals her a crushing blow as she corroborates Stuart’s version of events.

Linda is in bits when she gets a call from a desperate Mick in prison, urging to get him help before his bail hearing later that day.

Will Linda be able to sort out someone to help her husband? And how will Mick cope in prison?

EastEnders fans have been coming up with some brilliant theories about what really went down in the Vic that night.

One fan joked that perhaps the Carters’ dog, Lady Di, might be the one who pulled the trigger…

While another viewer is convinced that Queen Vic’s legendary silent barmaid, Tracey, is the one to blame.

After all, she is often caught up with the Carters’ drama without even meaning to be.

Could she have got sick of Stuart hanging around? It is usually the quiet ones, after all!

One fan thinks that Denny might be the one with blood on his hands, and that’s the ‘job’ that Stuart paid him for last week…

One of the most hilarious theories is that it could have been Mick and Linda’s toddler, Ollie, making way for an epic Christmas Day reveal in the future…

Read more: EastEnders fans have the best theories about who shot Stuart

But most people have got their money on Whitney.

Not only has she been acting very shiftily, she definitely had motive and is practically a Carter anyway…

Whoever it was who pulled that trigger, you have got to love EastEnders’ fans for their humour!

Who do you think shot Stuart? Leave us a comment on our Facebook page @EntertainmentDailyFix and let us know what you think!