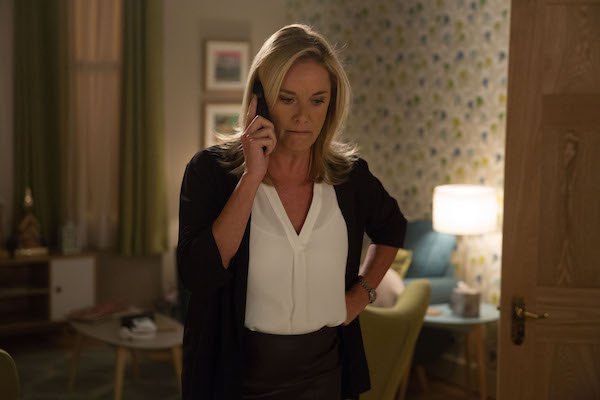 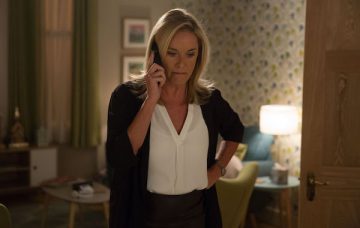 Mel will stop at nothing to teach Ray a lesson

EastEnders’ Mel Owen will stop at nothing to teach cheating Ray a lesson, but as their wedding arrives, will the pair actually tie the knot?

Mel has been planning her wedding to Ray with immaculate precision… but we’re not talking about making sure she is walking down the aisle to the right music, or that she has picked the right flowers.

Mel is desperate for the day to go without a hitch so that she can expose Ray for the cheating conman that he really is.

As the big day approaches, Mel is putting the finishing touches to the wedding and is determined that Ray isn’t going to distract her from seeing her plan through to bring him down.

But things look like they might fall apart when Mel meets with Maddie and it seems she is having second thoughts about getting involved with something so shady.

Mel calls an emergency meeting and tries to convince Maddie that they are doing this for all the right reasons, and while it sees her new BFF is on board, will things stay that way as the day draws closer?

On New Year’s Eve Mel is desperately trying to hold everything together for the wedding the next day, and when she starts to worry that Ray is getting suspicious, she asks Shirley to distract him from coming home any time soon.

As she finalises plans, Mel is a woman on the edge, and when she arrives home she thinks she’s alone and allows herself to break down, letting all her fears for the following day out.

Little does she know Hunter is also home and wants to know what on earth is going on!

Forced to lie that she is having some pre-wedding jitters, Mel is left to hope that her son buys her story… but when the big day arrives, Mel pushes all worries about Hunter to the back of her mind and focuses on the job in hand… exposing Ray.

As the residents of Walford gather for the wedding, no one has any idea that Mel is only focusing on one thing… revenge.

While she might look every inch the blushing bride, underneath her white silk gown, Mel is a woman on a mission and is determined to see her plan through to the bitter end.

What exactly Mel has planned for Ray is a closely guarded secret, but EastEnders have promised that as the day gets under way things will quickly spiral out of control, leading to an explosive series of events.

Whether the pair even tie the knot still remains to be seen, but one thing is for sure… New Year’s Day on Albert Square is an episode not to be missed.

EastEnders will air these scenes on Monday 31st December and Tuesday 1st January on BBC One.

Do you hope Mel’s revenge plan works? Leave us a comment on our Facebook page @EntertainmentDailyFix and let us know what you think!