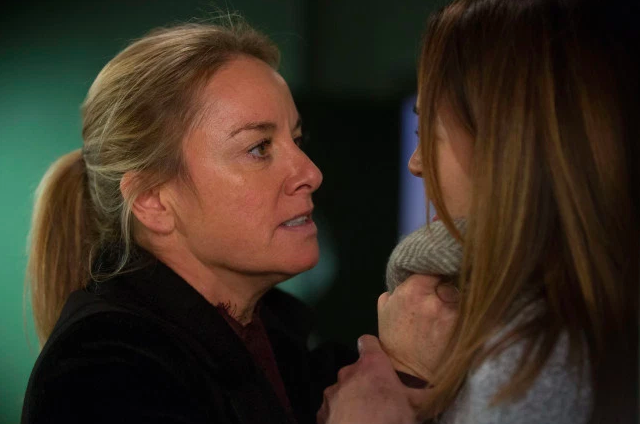 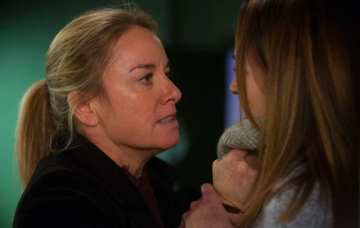 Is their killer secret about to be exposed?

Mel Owen is really struggling with the weight of her son Hunter being a murderer in EastEnders.

She has vowed to protect him for saving her life, but the toll it is taking on her is immense.

Now she is going to face a bigger challenge when Ray Kelly’s other wife Maddie turns up.

Storming into the club Maddie makes a shocking demand of Mel – pay her off or she will start talking.

And when Mel calls her bluff, Maddie brings Hunter into the argument and that turns out to be a mistake.

A furious Mel sees red and launches herself at Maddie and lets loose the trauma she has built up since the events of New Year.

But could it all backfire as Maddie witnesses Mel’s rage and puts two and two together and realises something fishy has gone on?

Only viewers know Ray is dead at this point with Hunter shooting him while he was strangling his mother in the woods.

Ray’s other wives think he has fled Walford after Mel shopped him to the police for bigamy, while the police think the same though they know he is missing.

But could Mel’s rage spark concerns in them that Mel has killed Ray and could they phone the police to report it?

Actor Charlie Winter is leaving the show as Hunter soon but the reasons for the character’s exit have not been officially revealed.

Filming pictures have shown him in a showdown with the police, but is it because Ray’s body has been found?

And did Maddie put Hunter in the frame for the killing after his and Mel’s disturbing behaviour?

It’s all set to come out soon in EastEnders.

How do you think Hunter will be exposed? Leave us a comment on our Facebook page @EntertainmentDailyFix and let us know what you think!