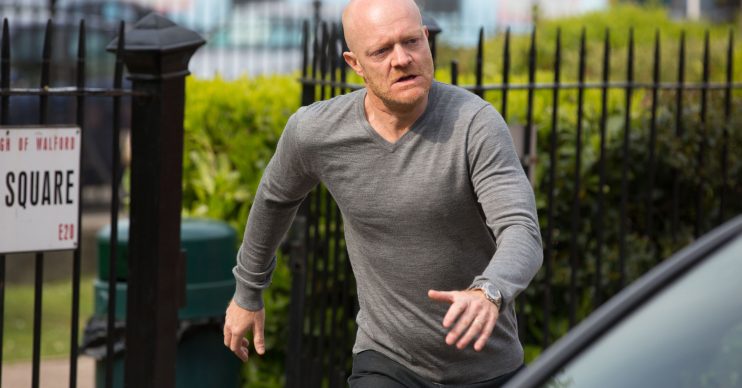 EastEnders SPOILER: Max lashes out as he and Stacey grow closer

Will he get baby Abi back?

Stacey Fowler is growing closer to Max Branning again in EastEnders as she steps in to help him deal with his anger over Rainie.

Max’s world has been falling apart since Rainie took baby Abi away from him.

And now she’s given Jack an alibi to the police in return for him forgetting about his stolen cash, Max wants her to hand over Abi too.

He’s drinking heavily and in Tuesday night’s episode (July 23) things get physical with Ian when Max demands to see Abi.

Max spots Rainie on the Square and desperate to see his grandaughter, he races to confront her.

But Ian stands in his way and as Max gets more and more furious, he grabs Ian by the throat and gets threatening.

A passing Stacey is forced to intervene as things get out of hand – but can she calm him down?

And is there more to her concern than just helping out a troubled friend?

ED! has already revealed Stacey’s marriage to Martin Fowler will come under threat from Max once again.

Tomorrow night also sees Stacey decide to organise a romantic meal for her husband in an attempt to make things up to him.

But the incident with Max soon takes priority.

When Max then hurts his hand on some broken glass from a picture frame, Stacey tends to his wounds and makes a shocking discovery as she helps him.

And when she finally does speak to her husband, she is shocked at how understanding he is about what is going on, and tells her it doesn’t matter she’s missed their date-night dinner.

And it seems Martin is right to be worried, because after Max’s shocking admission Stacey ends up staying the night.

Stacey is horrified when she wakes up and races home.

Martin isn’t happy and Stacey promises to make it up to him with another meal, but when he realises she has made extra for Max, Martin can’t help but be angry.