Killer Bobby Beale makes a return to EastEnders this week, but despite the fact Kathy Beale wraps him up in cotton wool from the moment he comes back, Max manages to get his hands on the teenager next week, and it's not going to be pretty.

After spending time in jail for killing his own sister, Bobby Beale is back on home turf... but coming home to the house that you used to share with the sibling you killed isn't that easy, as Bobby is about to find out. 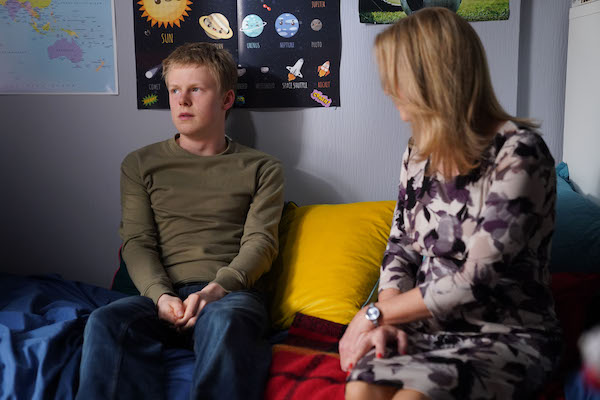 Bobby is back, but he doesn't seem that happy about it (Credit: BBC)

As the teenager struggles to settle back into life on Albert Square, Kathy desperately tries to get hold of Ian in the hope she can get him to come home.

Worried about how everyone will react to the news Bobby is in Walford, Kathy is determined to keep him hidden in the house and even asks Ben to keep an eye on him. 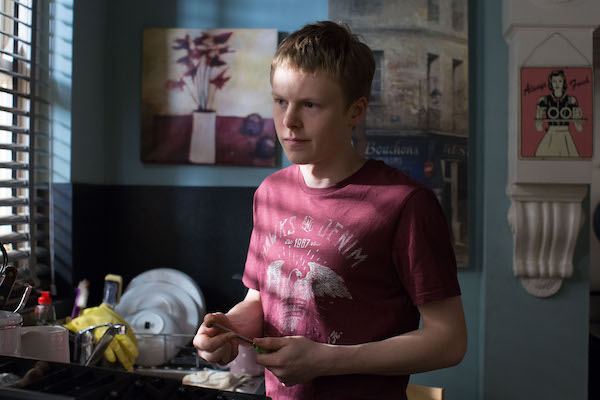 Bobby struggles to settle back into life in Walford (Credit: BBC)

But as Bobby grows more and more distant from his family, he's fed up of the constant reminders of Lucy at home and heads out onto the Square for some fresh air.

But he'll soon regret going out when a group of boys steal his hat that he was using as a disguise, and Max instantly recognises him. 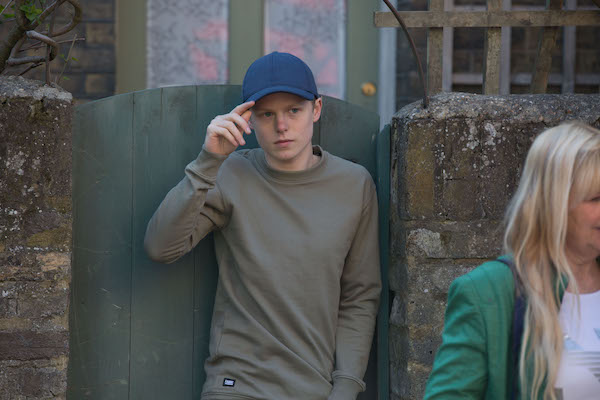 Bobby heads out in disguise - well, sort of! (Credit: BBC)

Of course Max is Bobby's number one enemy after the Beale family saw Max do time in jail for killing Lucy - obviously a crime that he didn't commit.

And now Bobby is back, so Max wants revenge.

Spotting Bobby across the market, Max chases after him and smashes down the door of the Beale house, determined to get even with Lucy's killer. 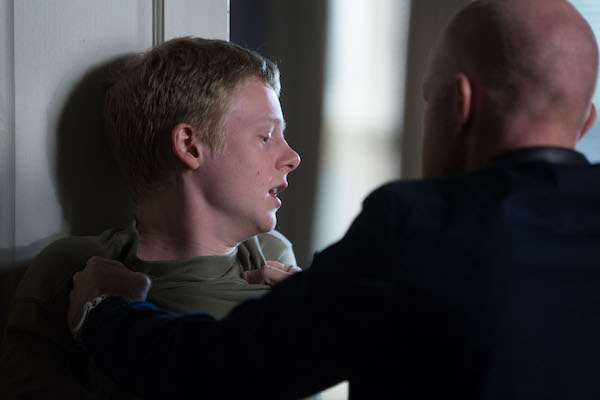 But as a terrified Bobby cowers in the corner, Ben comes home just at the right time to catch Mr Branning towering over Bobby, about to do something that he will definitely end up with a prison sentence for.

However, while Ben might have saved Bobby from Max's vendetta, he somehow manages to upset him further when he tries to talk to him, and Bobby is left feeling more estranged from his family than ever. 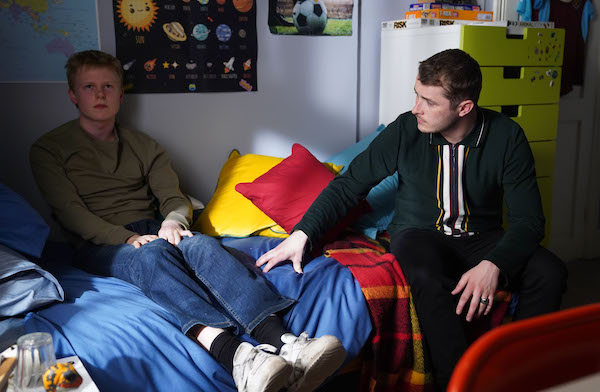 Later Ben is shocked to find Kathy in tears, terrified about how Bobby will ever get his life back on track after what has happened.

Will Walford residents ever welcome Bobby into their neighbourhood? 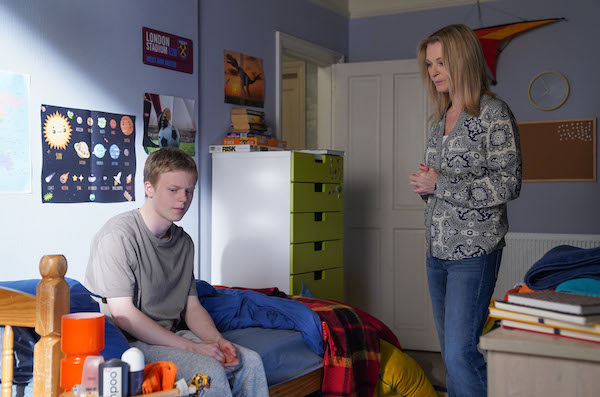 Kathy is worried about her grandson (Credit: BBC)

Or have his crimes left him at the top of Max's revenge list for the foreseeable?

Are you glad to see Bobby back in Walford? Leave us a comment on our Facebook page @EntertainmentDailyFix and let us know what you think!