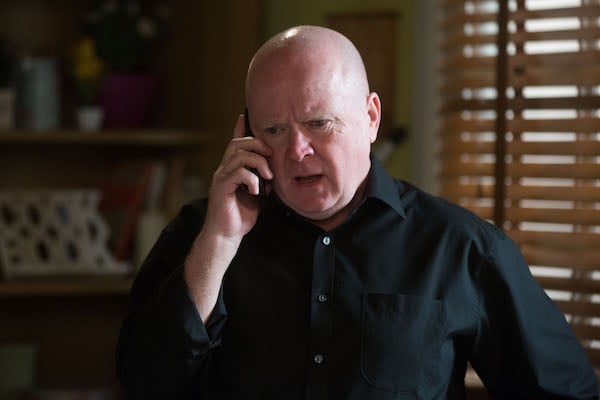 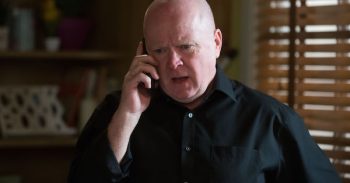 Can Phil save her before it's too late?

Louise Mitchell’s life hangs in the balance next week as she is kidnapped by the dangerous men that Phil Mitchell owes money to.

EastEnders fans will know that the usually flush Mr Mitchell is flat broke after his dodgy business dealings in Spain didn’t quite go to plan.

Ever since he and Keanu got back to Walford, the pair have been desperately trying to launder people’s dirty money to get themselves back on an even keel, but with dodgy associates like Danny and Midge hanging around the Square, things aren’t looking rosy for Mr Mitchell.

But things are about to take a sinister turn for Phil next week when his precious daughter Louise is kidnapped by the men he’s been doing business with, and it’s a race against time to save her.

Keanu is desperate to get hold of Phil after seeing Midge bundling Louise into the back of a car.

But when he arrives with Ben in tow, it is too late. Louise is gone and Phil knows that Danny must be behind his daughter being snatched off the street.

Ben panics that his dad will find out that he’s double crossed him, but even through he realises this is all his fault, there’s not time too worry about that when they’ve got a missing Louise to find.

As Louise is locked up in a shipping container at the docks, she is terrified about what might happen to her next.

But her hero Keanu is on his way to save her…. only as he unties her he ends up being knocked out by Midge and gets locked up with her.

Meanwhile Ben and Phil are trying to find Danny, knowing that Louise is in grave danger.

But as Phil leaves Danny a threatening message, he is attacked from behind and knocked out cold on the floor.

Back in Walford Sharon is panicking about what is going on with her family and is left shocked when Kathy reveals that Ben only returned to Albert Square to help Phil out of his financial trouble.

The fact that Phil is broke is news to Sharon and as things start to get out of hand, the women make a pact that they won’t go to the police.

But with Phil still knocked out, Keanu and Louise locked in a shipping container, and Ben on the loose, it doesn’t look like this is going to end well for the Mitchells.

Can Ben save his family before it’s too late? Or is this exactly what Ben wants and he’ll leave Phil for Danny to deal with?

Do you think Ben will save his family? Leave us a comment on our Facebook page @EntertainmentDailyFix and let us know what you think!