There is shock heading for the Mitchells next week when Louise announces she is pregnant with Keanu's baby... but how will Phil take the news?

The drama starts when Karen Taylor arrives to see Sharon, desperate to find out information on Keanu after she hasn't heard from him since he went to Spain. 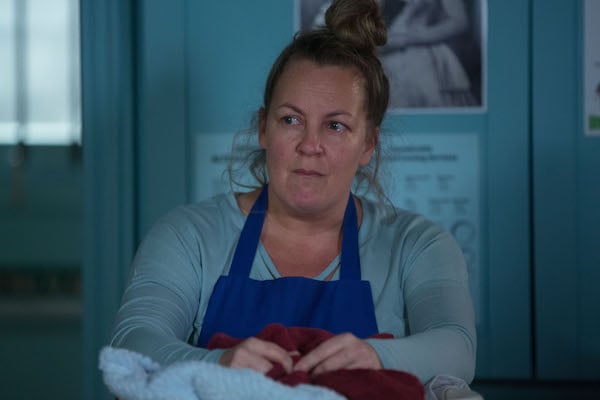 Karen is worried about Keanu since he went to Spain (Credit: BBC)

As she piles the pressure on Sharon to quiz Phil about her son's wellbeing, Karen starts to fear the worst, convinced something sinister has happened abroad.

But even Sharon is helpless when she tries and fails again to get answers from her husband, leaving her frustrated because she knows Phil has more information than he is letting on.

Deciding that Louise might have more luck with Phil, Sharon asks her step daughter to do some digging. But nothing can prepare her for the revelation Louise has got for her dad... she wants to know where Keanu is because she is pregnant with his baby! Karen demands answers from Phil, but no one is prepared for Louise's news (Credit: BBC)

Phil is fuming when he finds out his daughter is in the family way - knowing that he now has some serious work to do to get Keanu back home where he belongs.

But while he's still reeling from Louise's bombshell, Karen walks in and immediately jumps to the conclusion that judging by how angry Phil is, he must know about Sharon's affair with her son.

But just as she assumes the secret is finally out, she is soon corrected when she works out what is really going on.

As Karen processes Louise's baby news, Phil gets a text message about Keanu that sends everyone into a panic. 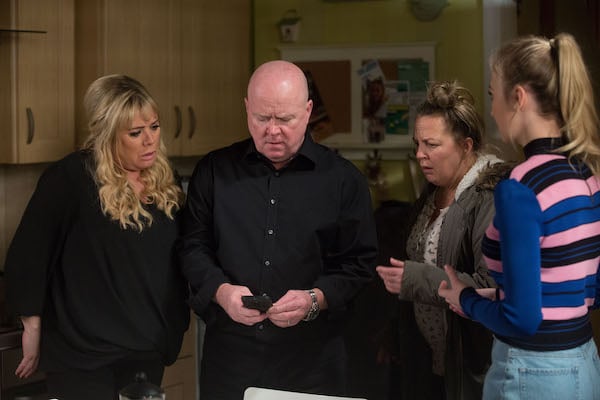 Everyone is stunned by Louise's news... (Credit: BBC)

The message shows a picture of Keanu who has been badly beaten up, leaving Sharon, Karen and Louise all reeling.

But who has sent Phil the message and what will he do now that Louise has claimed that the man he sent to Spain is actually his future grandchild's dad?

Will Phil be able to get Keanu home safe and sound, or will it make him want to get rid for good?

And if Keanu doesn't get home soon, Karen will make good on her promise to blow Sharon's world apart... putting her life in danger too...

Do you think Keanu will make it back to Walford alive? Leave us a comment on our Facebook page @EntertainmentDailyFix and let us know what you think!