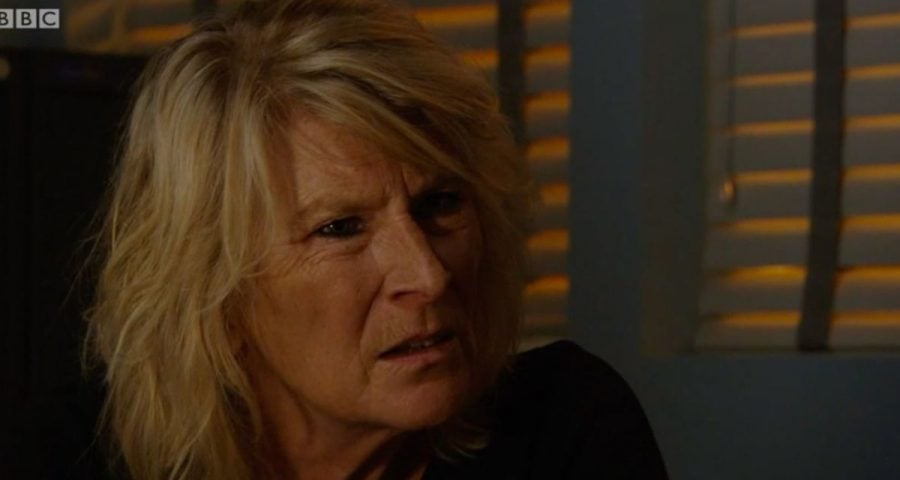 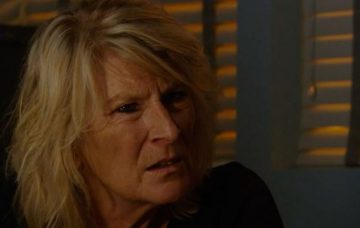 The police are called to the Queen Vic after a vicious fight...

Linda Carter is about to lose even more of her fanbase tonight, when she is instrumental in getting Shirley Carter arrested.

Linda appears to have totally turned her back on husband Mick, who is currently in jail for shooting Stuart Highway.

Viewers know Mick is innocent, and that creepy weirdo Stuart actually injured himself in a sick twist to get his old ‘friend’ in trouble.

Shirley, meanwhile, is standing by her son every step of the way.

And we pity anyone who dares to suggest Mick is guilty – so that’s Linda in danger then!

Earlier this week, Shirley returned to Walford and was livid to discover Linda has disowned Mick and even sided with villain Stuart.

On Tuesday (20 November), Shirley threw Linda’s stuff over the bar of the Queen Vic and kicked her out of the pub.

And tonight (Thursday 22 November), Linda returns with a vengeance!

After spending the night on Stuart’s sofa, Linda vows to get her pub back and turns up at the pub having planned her revenge.

In fact, she calls the police, saying that Shirley is an intruder…

When two officers show up, they explain that they can’t settle family arguments – and all hell breaks loose.

And, when Linda goes upstairs to repack her clothes, Shirley attacks her!

With enough to arrest her for breaching the peace, the police escort a furious Shirley away from the premises.

Hell hath no fury like a woman scorned and it won’t be long before Shirley’s back for Round 3.

However, other viewers believe Linda is playing a long-game and setting Stuart up.

With Mick languishing in jail, only time will tell whether Linda has truly given up on her husband.

Do you still trust Linda? Leave us a comment on our Facebook page @EntertainmentDailyFix and let us know what you think!