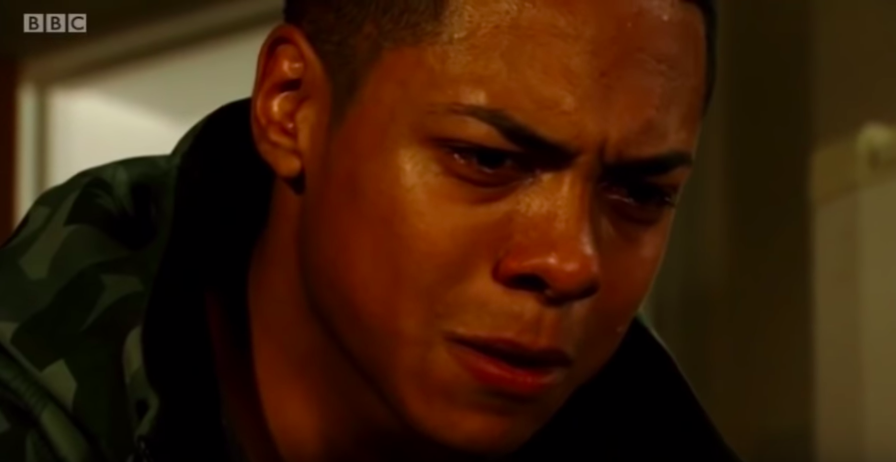 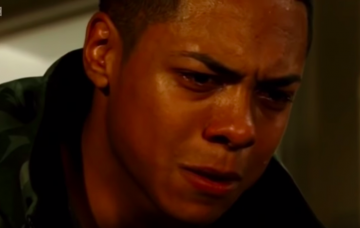 EastEnders has released a shock trailer hinting at a dark murder storyline for Halloween.

The teenager is surrounded by a hooded gang in the playground as he seems to brandish a weapon of his own against them.

Viewers will remember how earlier this year Keegan and Shakil were stabbed to death in a high profile knife crime storyline.

Keegan survived while Shakil was murdered and his killer Bruno eventually being brought to justice because of Keegan’s evidence.

And now it looks like the gang are back for revenge, or at least a gang.

Looking terrified, Keegan is grabbed by the gang and brutally assaulted, but it seems as if he fights back with terrible consequences.

“You can walk down to the police station and hand yourself in or you can run,” she tells him in the worrying scene.

But what has Keegan done? Has he killed one of the gang himself? And will he face justice?

Elsewhere in the trailer Hayley Slater loses consciousness while in labour to her baby.

Keanu Taylor can be seen rushing to the Slater house and telling Big Mo and Jean: “It’s Hayley, she’s in trouble.”

Her cousin Kat finds her just in time and can be seen begging her to wake up so she can deliver the baby after she disappears, worrying the family.

Halloween week is set to be a dramatic time in Walford but will anyone survive the horrors to come?

What do you think is happening with Keegan? Let us know what you think by leaving us a comment on our Facebook page @EntertainmentDailyFix!