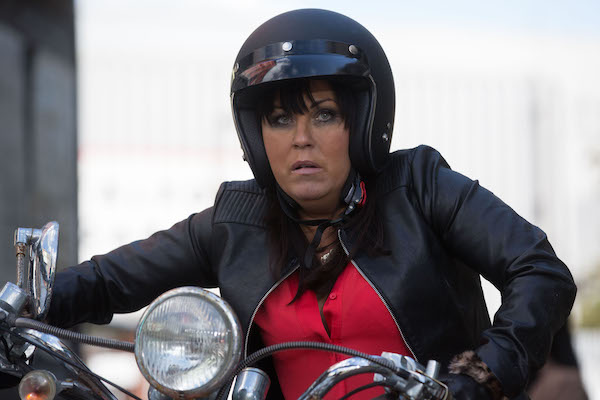 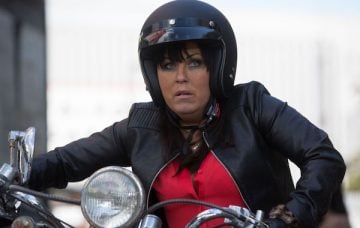 Will Kat survive her accident?

Next week gets off to a bad start for EastEnders’ Kat Slater when she receives some upsetting news, causing her to crash her moped and run someone over in the process.

Finding it hard to get her head around learning the Knowledge to become a cabbie, Kat decides to get inspiration from the one person in her family who really knows what she’s going through – Charlie Slater.

The leopard-print-loving cleaner heads to one of her dad’s old haunts – a cabbie tea hut – where she meets one of Charlie’s old friends, Tony.

The pair don’t get off to the best of starts, but when Tony realises that Kat is Charlie’s daughter, they’re soon reminiscing and head off to a pub that Charlie loved together, and surprisingly it’s not The Vic!

While there, Kat bumps into Maurice, another of Charlie’s old friends – but unlike Tony he’s far from friendly and Kat is left feeling uneasy.

It’s only when Tony leaves that the truth about why Maurice is acting so shiftily comes out – he remembers something shocking about Kat’s past, and when he shares it, the Slater mum is left shocked to the core.

Kat’s distraught by what Maurice has to say and races off on her moped.

But, unfortunately for Kat, she is so consumed by what her dad’s old friend said that she isn’t looking where she’s going and runs over an elderly man.

The old man isn’t in a good way and Kat’s knocked unconscious in the crash, but when she finally comes round and realises that she has hurt someone, she panics and races away from the scene of the accident.

Back at home, Hayley is concerned by Kat’s odd behaviour and quizzes her about what’s happened. But Kat’s not ready to share and instead heads off to the E20 to drown her sorrows.

Hayley enlists Stacey’s help to find Kat, and it doesn’t take them long to track her down to the nightclub. But despite their best attempts, Kat refuses to go anywhere and after delivering a few home truths, Stacey leaves her to her own devices.

Something Stacey says strikes a cord with Kat and she returns home and breaks down. But what did Maurice say to Kat that has got her in such a state?

What do you think Maurice told Kat about her past? Leave us a comment on our Facebook page @EntertainmentDailyFix and let us know what you think! 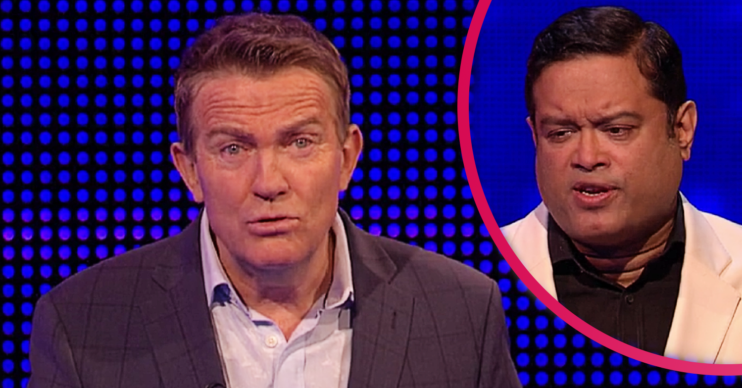