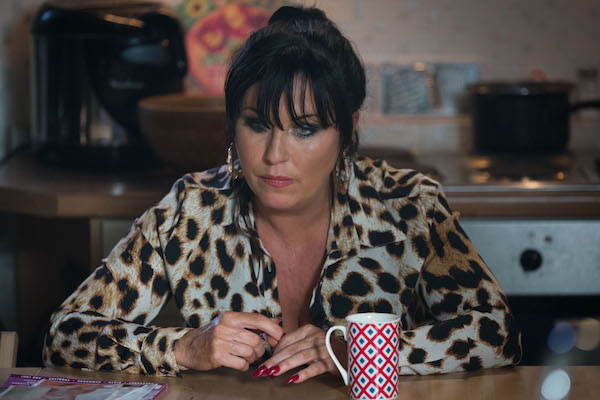 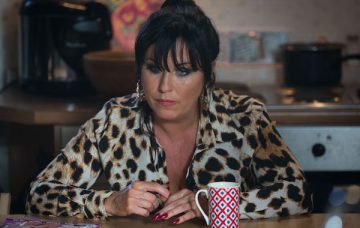 Hayley is left rattled next week when social services arrive at the Slater house asking questions about what happened the week before.

She’s livid and demands to know who called them, before refusing to accept their help.

The social worker tries to reassure a panicked Hayley that she only wants to help and eventually Hayley begins to open up to her.

She assumes that Jean called them and snaps at her, before going to attack her but Kat and Stacey arrive and break up the commotion.

As everyone calms down Hayley realises that it was Kat who made the call to social services.

The Slaters confront her but Kat stands by her decision, saying she did it for the right reasons.

Later Hayley decides to have it out with Kat and the pair end up sharing some harsh words before having an explosive row.

A furious Hayley decides she can’t be at the Slaters anymore and goes to stay with the Ahmeds.

Jean makes the point that Kat should apologise to Hayley so she heads over to speak to her.

But when Kat spots Hayley happily playing with baby Harley, she’s taken aback and rushes off.

Harley is reunited with his mum and Hayley finds herself inspired by Chloe’s determination to be a good mum.

As Mariam and Arshad say goodbye to Harley, a rejuvenated Hayley heads back to the Slaters’.

Hayley is soon feeling positive about the baby but her doubts creep in again when she overhears a conversation between Kat and Stacey.

Jean does her best to reassure Hayley but everyone is thrown into a panic when Hayley starts having contractions.

As Hayley rushes off to the hospital, Stacey gives Kat a reality check about her attitude towards Hayley.

Later Hayley comes back from hospital revealing it was a false alarm but she’s shocked when she finds out what Jean has done.

What do you think Jean has done? Let us know what you think by leaving us a comment on our Facebook page @EntertainmentDailyFix!

EastEnders airs Monday and Friday at 8pm on Tuesday and Thursday at 7.30pm on BBC One