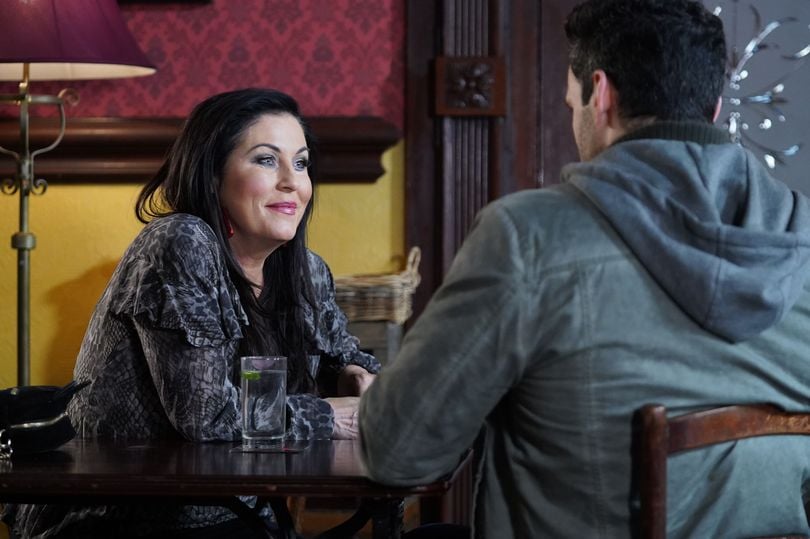 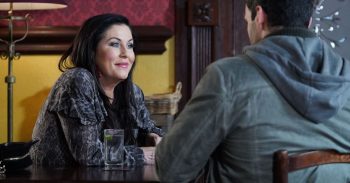 Is romance on the cards?

It looks like there could be love in the Albert Square air next week as Kat Slater and Kush Kazemi take their flirting to the next level.

EastEnders fans have seen Kat and Kush set their sights firmly on each other in recent weeks… leading to everyone coming to the conclusion that they’re set to be the next hot couple in Walford.

And it seems they could be right because, despite the age gap, it hasn’t stopped the suggestive banter and unsubtle flirting between the pair every time they cross paths in the Square.

So it seems that Alfie Moon and Denise Fox could soon become a distant memory for Kat and Kush as they continue to flirt with each other… but will they make things official?

Until now the pair have had Kush’s housemate and Kat’s nan, Mo Harris, bringing them closer together and giving them excuses to be near each other.

But with Mo moving back in with the Slaters, it seems their excuse to spend time together will soon vanish… leading to Kush taking drastic action next week.

Realising that without Mo there Kat has no reason to visit him any more, Kush comes up with the excuse that Kat needs to come to his flat to check her nan hasn’t left anything behind. Subtle!

But as soon as Kush invites her round, Kat knows that there’s more to it than meets the eye, and she can’t get round there fast enough.

Could this be the moment that the pair need to finally get together properly?

Or with so many hurdles between them, is this a romance doomed to fail from the start?

Would you like to see Kush and Kat as a couple? Leave us a comment on our Facebook page @EntertainmentDailyFix and let us know what you think!