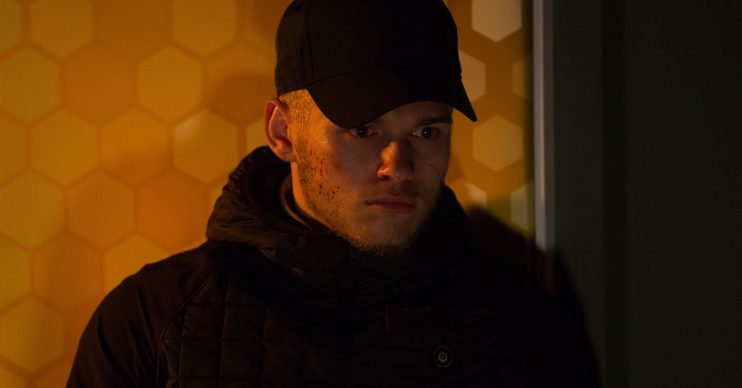 EastEnders SPOILER: Jack dead after being shot by Hunter?

Mel's son is out for revenge...

Next week’s EastEnders sees Mel Owen desperately trying to get fugitive son Hunter Owen out of Walford before the police catch up with him. But instead of planning his escape, Hunter is more interested in settling a score with Jack Branning…

But just as she is about to drive out of the Square with Hunter in the boot of the car she’s stopped in her tracks by the shock arrival of Lisa Fowler!

Mel is shocked when Lisa begs her for help getting daughter Louise Mitchell and Keanu Taylor out of the country, and with Lisa panicking about what the future holds, Mel suggests they all leave the country together.

What could possibly go wrong?!

But when Mel returns to the car to tell her son the change of plan, she’s terrified when she finds the boot empty. But not only is her son missing, so is her gun.

Mel is sickened to realise that Hunter is after Jack, and while she is desperately trying to track him down, Hunter is lying in wait over at the Brannings.

But when Denise Fox comes home without Jack, she is forced to reveal he is over at The Vic. Hunter wastes no time in hotfooting it over to the pub, and before anyone sees him he manages to sneak into the barrel store with the gun.

Hunter is determined to teach Jack a lesson for handing him over to the police but, as he plots the ultimate revenge, his plan spirals out of control and soon it’s not just Jack who is in danger from Hunter, but the whole pub.

Read More: EastEnders fans divided over show’s use of editing

As a gunshot echoes around The Vic, it’s clear Hunter’s plan has had deadly consequences. But as terror grips everyone trapped inside the pub, things go from bad to worse as someone’s life hangs in the balance.

As shocking events continue to unravel, one Walford resident won’t make it through the night alive…

But will Jack pay the ultimate price for doing the right thing and shopping Hunter to the police? Or will someone else find themselves caught in the crossfire?

Who do you think ends up dead? Leave us a comment on our Facebook page @EntertainmentDailyFix and let us know what you think!