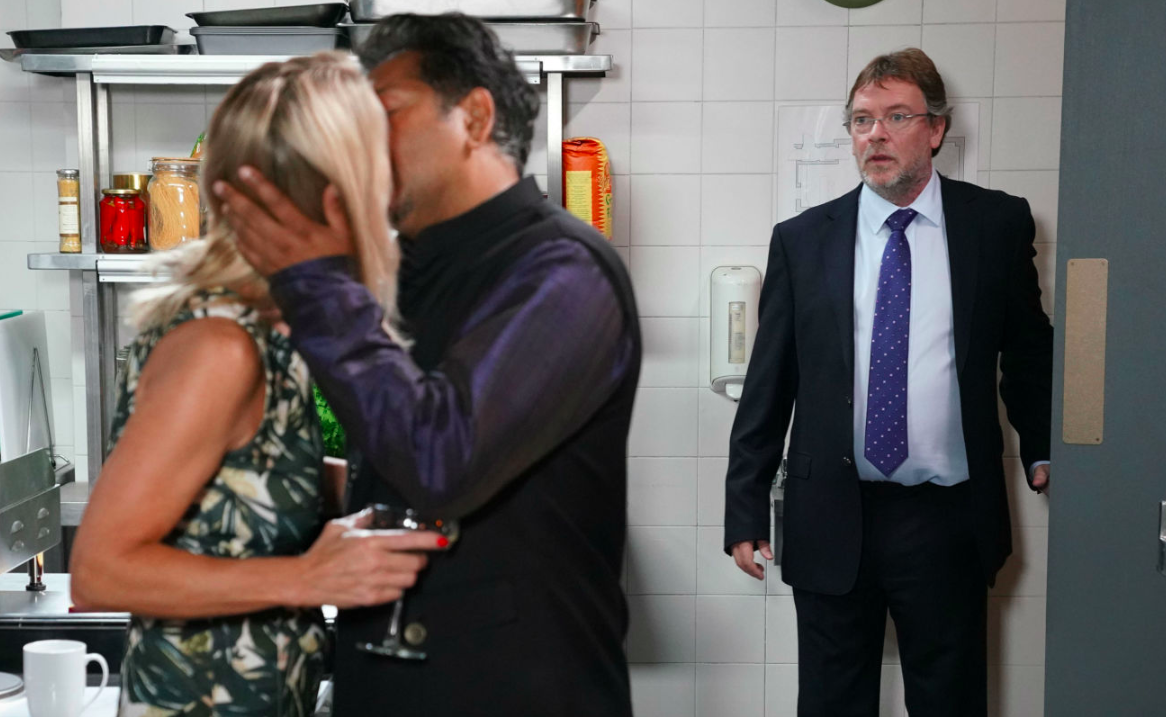 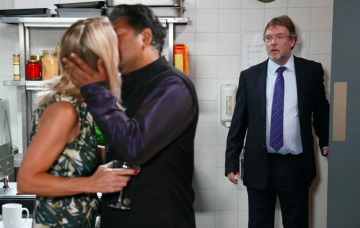 Ian isn't happy that Kathy is interested in his business partner

Ian Beale is going to be left devastated when he catches his mum Kathy kissing Masood Ahmed.

Chippy owner Ian will be horrified when he catches his mum locking lips with his rival and business partner.

Spoiler pictures have revealed the moment Ian catches Kathy and Masood smootching at the restaurant pop up launch.

And it’s not going to end well.

Instead of being happy that his mum might have actually found someone to make her smile, Ian issues a shocking demand.

As the day of the new restaurant’s grand opening approaches, Ian is running around trying to make sure everything is perfect.

But while Ian is hard at work, Kathy and Masood are too busy to notice because they seem to only have eyes for each other.

When the grand opening for Walford East arrives, Ian is nervous after inviting the local press to review the event and wants everything to be perfect.

But just when it looks like everything might be going to plan, the day ends in disaster when Ian walks in on Kathy and Masood kissing.

Petulant Ian is fuming that his big day has been ruined by his own mum and he refuses to talk to her when she tries to make amends.

Nursing his bruised ego, Ian vows to get revenge on the loved-up pair.

Yet another mix up later that day leads Ian to make the drastic decision that Kathy needs to move out – and asks her to pack her bags.

But can heartbroken Kathy talk Ian round and make him see sense?

And with her relationship with her son in tatters, where does this leave Kathy’s budding romance with Masood?

The pair have been verging on a fling for months, and now it looks like the passion might be over before it has even begun.

Can the trio all make up and move on?

Why do you think Ian is behaving like a spoilt brat? Leave us a comment on our Facebook page @EntertainmentDailyFix and let us know what you think!