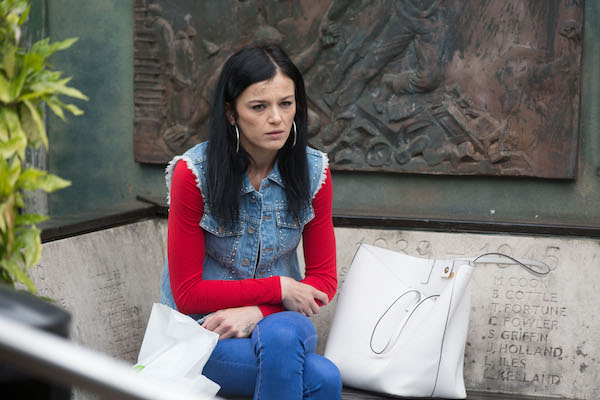 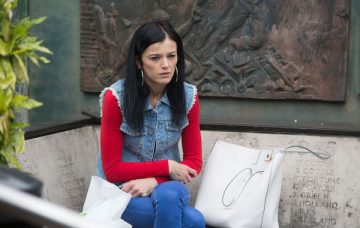 How will her family react?

Hayley Slater has been hiding her pregnancy from her family for months – and with good reason.

After all, would YOU want to tell fiery Kat you were pregnant with her husband’s child? No, us neither!

But, in surprising scenes tonight (Thursday 30 August), the truth finally comes out about Hayley’s baby secret.

Somebody pass the poor girl a shield!

During the BBC soap’s 7.30pm episode, the Slater family find out what Hayley has been hiding.

So far, it’s caused a catalogue of misunderstandings…

Jean was the first to find out, and jumped to her own conclusions about the baby daddy.

Then, earlier this week, Stacey learnt that Hayley was pregnant and wrongly assumed her husband Martin was the dad-to-be.

With her secret literally impossible to hide for much longer, Hayley continues with her plans to leave Walford.

However, Jean desperately hopes that she can change her mind and make her stay… Even if that means blurting her secret out to everyone!

Of course, only Hayley – and the viewers – know how dangerous a subject this is around Kat.

Earlier in the year, fans were shocked when Alfie was revealed to be the father of the baby.

Shocking scenes aired in May showed Hayley visiting Alfie in a hotel room, where they confirmed they’d slept together behind Kat’s back (not literally we hope).

Although Kat and Alfie are currently estranged, we know enough about Kat to predict she won’t take the news well.

Do you think Alfie will end up with Kat or Hayley or neither? Leave us a comment on our Facebook page @EntertainmentDailyFix and let us know what you think!