EastEnders has revealed the first look at Iqra and Habiba Ahmed’s arrival in Walford.

The new sisters have been hailed as the new Ronnie and Roxy Mitchell by fans before they have even joined the Square. 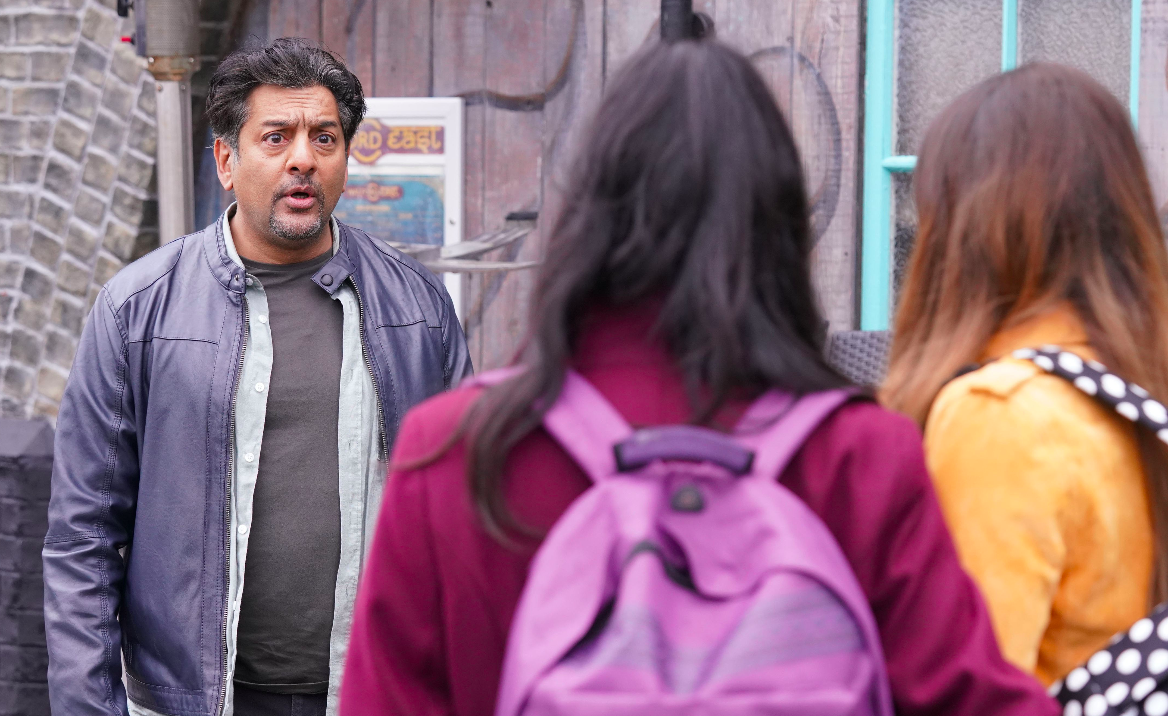 Masood is shocked to see his nieces in Walford (Credit: BBC)

Mariam and Arshad Ahmed's granddaughters will make their debuts later this month as they turn up determined to take over their uncle Masood’s bar.

But the outgoing businessman doesn’t appear to be happy to see his nieces and questions why they are there.

A spokesperson for EastEnders said: "Born and bred in the East End, the girls are a force to be reckoned with and they stop at nothing to get what they want.

"Defiant, smart and confident, the sisters quickly make an impact on Walford."

The eldest of the two, Iqra, is described as no-nonsense, bold and intelligent, while her sister is said to be bubbly and wears her heart on her sleeve.

Can they recreate the magic of Ronnie and Roxy? (Credit: BBC)

Although Habiba is full of the best intentions, trouble never seems to be too far behind however...

No wonder fans have called them the new Ronnie and Roxy!

As soon as they arrive in Walford, they are quick to spin their Uncle Masood a line about why they're there but, as the girls settle into life on the Square it soon becomes clear their arrival may not be all as it seems.

On joining the soap, Priya said: "EastEnders was such a big part of my life growing up and I couldn't be more excited to be joining the show.

"Walking on to the set for the first time was such an amazing experience.

"I can't wait for viewers to meet the sisters and see how much drama they're going to cause."

Do you think they can live up to being the new Ronnie and Roxy? Leave us a comment on our Facebook page @EntertainmentDailyFix and let us know what you think!