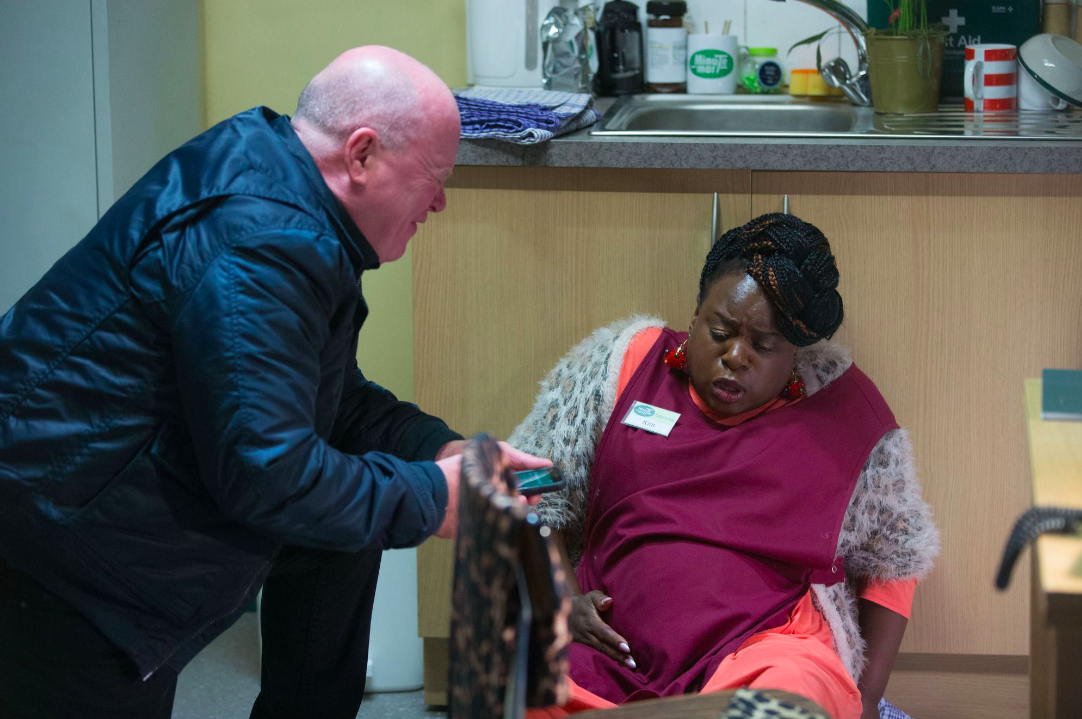 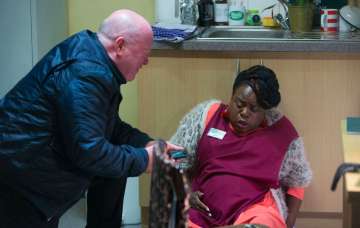 She gets help from an unlikely source!

The tiny tot will be born over Christmas as Kim goes into labour at work at the Minute Mart with a very unlikely birthing partner.

With husband Vincent missing having been last seen at gunpoint earlier this year, Kim has been left alone to cope.

But when it comes to giving birth, she is alone and gets aid from the man responsible for Vincent’s disappearance… Phil Mitchell.

Gangster Phil suffers a bout of Christmas cheer and offers to help heavily pregnant Kim with some heavy boxes in the store room of the shop.

But when the door locks them inside and Kim’s waters break, he’s forced to help her welcome her new baby into the world, much to the delight of her sister Denise who realises her sister is missing and rushes over to meet her with an ambulance.

Actress Tameka Empson joked Kim would have taken whatever help she could get the minute her waters broke.

She said recently: “There’s no way that Kim would have shortlisted Phil Mitchell of all people to be her birthing partner.

“But, when you’re in that position you just take who’s around and he just happened to be there.

“I don’t think it will ever be the same between them again!

“It’s already slightly awkward that he has a child with Kim’s sister Denise, and now all of this! It’s going to be interesting to say the very least, but who knows? Maybe a lovely friendship will flourish from this.”

While the scenes play out dramatically on screen, behind the scenes it was a different matter.

Tameka added: “It was hilarious and fun.

“It’s one of those scenes where you don’t work with someone that often but when you do, you really enjoy it.

“We wanted to make the scene right, we didn’t want it to become pantomime-like.

“Obviously our characters are very different and we don’t always mix together in the show, but I think we did it justice and we both really enjoyed it.”

Would you want Phil Mitchell as a birthing partner? Leave us a comment on our Facebook page @EntertainmentDailyFix and let us know what you think!