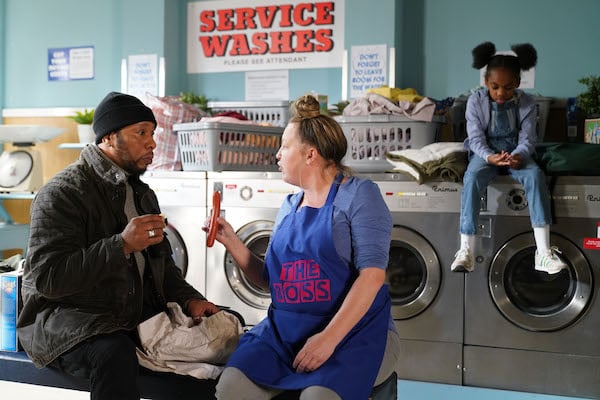 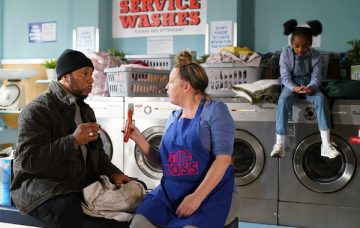 The cast were spotted filming a funeral

It looks like EastEnders will be airing some sad scenes as a character dies in the coming weeks.

The cast are currently filming funeral scenes for the character, leaving the family destroyed.

The Taylor/Baker family including Karen, Keegan and Keanu will be there to support the young girl as she says goodbye to her mother.

The rest of the Taylor family including Clair Norris, who plays Bernie, Danny Walters, who plays Keanu and Toby-Alexander Smith, who plays Chantelle’s husband Gray were also spotted filming.

According to the Metro a source told them: “Bailey is far too young to be in the position she is in, even with the support of the Taylors and this is a guilt that Dinah carries with her constantly.”

“As well as her ongoing pain day to day from her MS, she desperately wants Bailey to not be bound to her which is here the talk of going into a care home came about.”

“However, the storyline isn’t as straight forward as Dinah passing away from the symptoms of her MS. What is clear though is that the Taylors and Bakers are going to have to be there for Bailey now more than ever.”

Bailey’s mum Dinah suffers from Multiple Sclerosis and has struggled with the idea of her mum being put into a home.