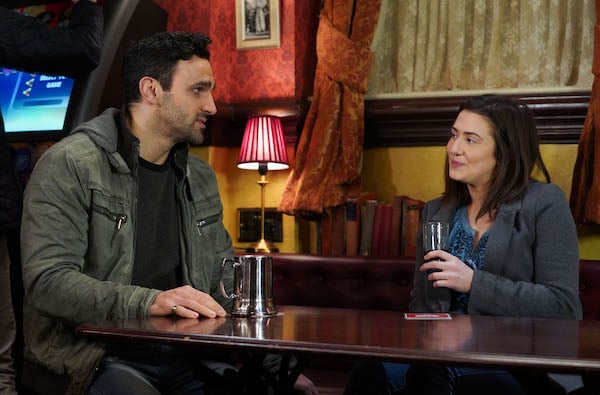 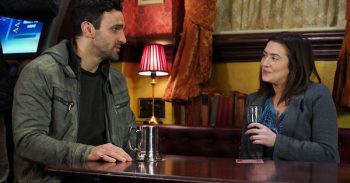 Could the unlikely pair strike up more than friendship?

Next week sees Kush Kazemi and Bex Fowler grow closer, but is there only friendship on the cards for the unlikely pair?

After taking a practice exam, Bex is starting to feel the pressure from her family and lies about how well she thinks it went.

But when she later confides in best friend Louise Mitchell that she is struggling with her studies, she is upset when Louise doesn’t seem bothered by her woes and Bex storms out.

As Bex leaves looking upset, she is seen by Stuart Highway, and he ends up following her and offering some surprisingly helpful advice.

But as the pair have a heart-to-heart about things, Kush has told Matrin that he saw Bex looking upset with Stuart and the worried dad races round to Dot’s to confront Mr Highway.

It soon becomes clear that Kush has got the wrong end of the stick, and Bex is upset by the mix up… but later in the week it is her turn to make a mistake.

As Kush sells fake fur coats that Mo Harris has got a bargain discount, he is alarmed when Bex reveals she has just overheard that a batch of real fur coats has been stolen recently.

Kush immediately thinks the worst of Mo, but is he right to be so hasty?

As Bex helps Kush get rid of the dodgy stock on his market stall, it quickly transpires that Bex has got things wrong when Mo can prove the coats she has got are legitimate.

As Bex apologises to Kush for the mix up, they both start talking in The Vic and Bex opens up about her worries over going to university.

Kush says all the right things and puts Bex’s mind at ease, but is seems he might have made quite the impression on his best friend’s teenage daughter.

When she finds out that Martin and Kush are going to the E20 one evening, she heads to the club and finds Kush there.

The pair talk about Shakil and bond over how much they miss him.

Could this new friendship be exactly what Bex and Kush need to get their heads around losing Shakil last year?

And could it have the potential to become something than friendship?

What do you think Martin would make of Kush and Bex’s new friendship? Leave us a comment on our Facebook page @EntertainmentDailyFix and let us know what you think!