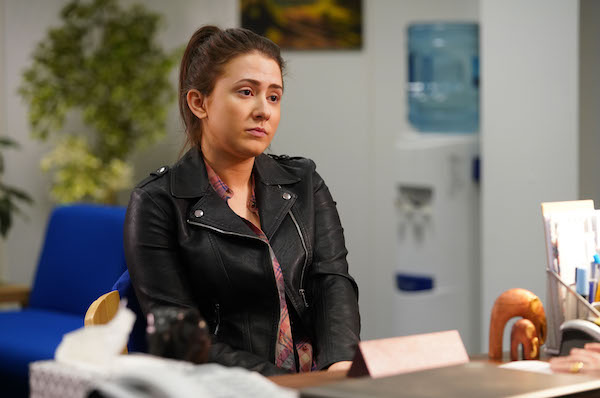 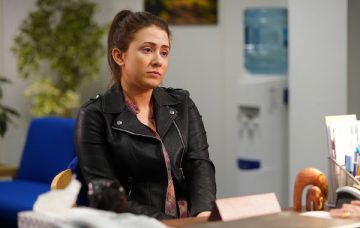 Is Bex about to leave Walford?

EastEnders teenager Bex Fowler make a huge decision about her future next week, leaving her parents worried about her welfare.

After the death of her ex boyfriend Shakil Kazemi earlier this year, Bex was left heartbroken – and with the brutal stabbing that took his life still playing on Bex’s mind, she decides it is time to quit Sixth Form.

With too many memories haunting her at college, Bex decides that she wants to get rid of the ghosts by leaving her course and trying something else.

But knowing that her daughter is gifted, Sonia struggles with the thought of her quitting so quickly and begs her to transfer to a different collage.

Sonia later goes behind Bex’s back though and goes to meet her daughter’s college tutor.

While she’s there Sonia is shocked to discover that not only is Bex very clever, but she is also en route to a top notch university if she keeps her grades up.

Desperate for her daughter to get the best education possible, Sonia tells Bex what she’s been told and, of course, the news doesn’t go down well.

Determined to do the right thing, Sonia decides that she should sell her beloved car so that she can pay for a private tutor for her daughter.

Despite Martin warning her she’s making a mistake, Sonia puts her car up for sale, before inviting Bex’s head of Sixth Form over for a chat.

But when Bex arrives home and finds her tutor in her lounge, she finally breaks down and reveals her grief over Shakil.

As Bex’s emotions start pouring out, Sonia realises she’s made a big mistake, and it is only when the teenager has a heart-to-heart with Shakil’s mum, Carmel, that she comes to a drastic decision about her future.

But is she staying in the Square? And will Sonia and Martin approve of her new route in life?

What do you think Bex will decide? Leave us a comment on our Facebook page @EntertainmentDailyFix and let us know what you think!