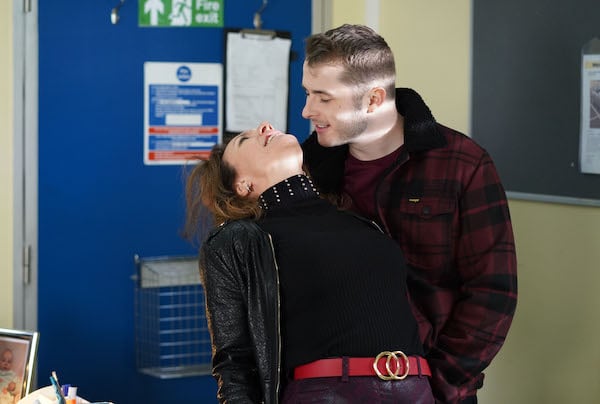 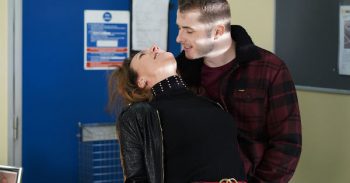 What trouble has Ben got planned for the Brannings?

With his plan to ruin Phil Mitchell in tatters, Ben sets hits sights on the Brannings next week. But why has he got it in for an unsuspecting Rainie?

As Ben desperately tries to make things up to Phil and Lola, he decides to cast his net of trouble a little wider for his next scam, and after hearing Rainie and Stuart talking, he comes up with a plan to fleece the Brannings.

As he sabotages a sale at the car lot, before offering his services to fix thew broken car in question, it doesn’t take Rainie long to work out that he is up to no good and give him his marching orders.

Realising that Ben tampered with the car on purpose, Rainie confronts Ben and it’s not long before the pair are at loggerheads… but who would win in a fight between those two? We’re not sure who we’d put our money on!

Ben is like a dog with a bone when it comes to terrorising Rainie and he is later seen calling in a favour from someone, asking them to steal some cars.

But why is he so determined to teach the Brannings a lesson?

Rainie isn’t happy when she gets to work the following day and sees all the cars have been stolen from the car lot.

While it doesn’t take her long to work out who is behind the theft, Ben is across the Square hatching a plan to get Lola to be his alibi for the night before.

However, what he doesn’t count on is Rainie giving as good as she gets and confronting him in the cafe over the missing cars…

It soon becomes clear that stealing a few cars is the least of the Brannings troubles when Ben drops the bombshell on Jay that he still owns the land that the car lot is sitting on because the paperwork he signed all those years ago wasn’t legal.

As Ben tries to manipulate Jay into getting back what is rightfully his, it’s clear he has got a hidden agenda when he asks him if he wants to go into business together.

So is it just the Brannings who have got to watch their backs around Ben, or is Jay also in danger from being double crossed as well?

Do you think Ben is playing with fire? Leave us a comment on our Facebook page @EntertainmentDailyFix and let us know what you think!