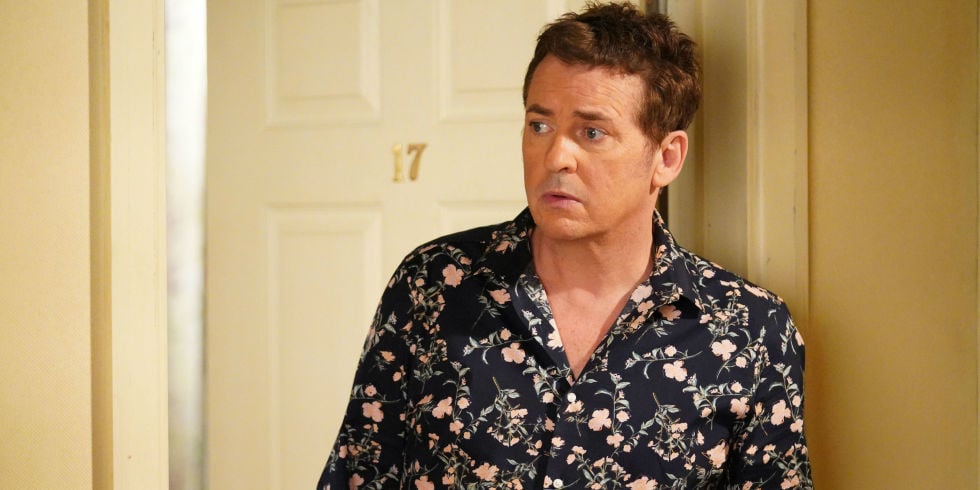 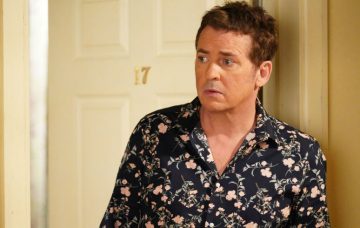 Is the truth about to be revealed?

It’s the moment EastEnders fans have been waiting for ever since he made a brief return back in May – Alfie’s back – and he’s bringing drama with him.

After returning for a short stint back in the spring, EastEnders viewers knew that it was only a matter of time before Alfie came back to the Square.

Surely the secret that he’s the father of Hayley’s baby can’t stay hidden for much longer?

Last week we saw Alfie lure Kat to a talk about his new business venture selling funeral packages… but while the pair’s reunion was civil at first, it soon ended in a fight when Alfie revealed he’d left their boys back in Spain.

Kat was heartbroken that she wouldn’t get to see her kids, and it didn’t take long for her affair to be brought up, causing a huge argument between the former couple.

But despite the fact Kat walked out after their fight, little did she know she would be seeing Alfie just a few weeks later.

Next week is Hayley’s birthday, and although things are a bit fraught at the Slaters’ (when are they not, to be fair) Jean decides the new mum deserves a fuss and they organise a surprise party for her.

Hayley apparently isn’t the birthday party type though, because as soon as she walks into the bash, she makes a hasty U-turn out the door.

Kat is hot on her heels, racing after her to try and change her mind. But the fact that Jean is upset Hayley didn’t like her party is soon the least of Kat’s worries.

Later on, Jean can see that Kat is missing her kids and tries to give her a pep talk. But as always Kat paints on a smile and plays down how much she is hurting.

But just as she’s trying to convince everyone she’s fine, there’s a knock at the door and she’s shocked when she opens it to find Alfie standing there.

But what has bought Kat’s ex back to Walford? And more to the point, does Alfie have their kids with him?

One thing is for sure, Hayley and Alfie’s baby secret can’t stay hidden for long now he’s back, surely…

What do you think has bought Alfie back to Walford? Leave us a comment on our Facebook page @EntertainmentDailyFix