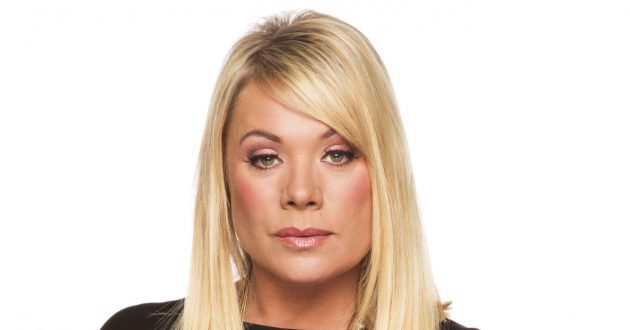 They have been growing closer during lockdown

An official teaser from the BBC One soap teased how Max has been growing close to Sharon during lockdown.

And with both of the characters single and Sharon’s penchant for a shiny head well-known, fans are sure they’re a match made for Walford.

Writing on WalfordWeb, one said: “I’m predicting that Max and Sharon will get in a relationship and he will help her run the Vic and become a father figure to Kayden.

“Ruby is with Martin now, I’m guessing Stacey will return with Jerome and Letitia Dean said on Secrets from the Square that she thinks Phil and Sharon are done now so I can really see Max and Sharon being together.

“Plus it says in his teaser that they got close during lockdown.”

A second agreed adding: “Max and Sharon. Hmm. I’d like to see what their chemistry is like. Could work. It would give Max some much needed direction.”

Another joked: “Sharon likes a baldie so Max seems like a good option.”

However other fans fear Sharon will be left by the wayside once Max’s ex Stacey Slater returns.

“I do actually like the idea of Sharon and Max but it’s plain as day that Max will be sniffing around Stacey as soon as she returns,” said one.

And while the other soaps are still banning kissing – EastEnders have found a way to ensure it stays on screen.

Boss Jon Sen said: “To reflect the world outside, we use support artists from the same household.

“For those really crucial moments where two characters kiss, we’ve invited real life partners of the actors on to the set to cheat those kinds of moments.”

Jon added: “With Perspex screens, you can bring people really close together. That’s good because it gives an intimacy to the performance.”

EastEnders returns to BBC One on September 7 at 8pm

Do you want Sharon and Max together? Leave us a comment on our Facebook page @EntertainmentDailyFix and let us know what you think!