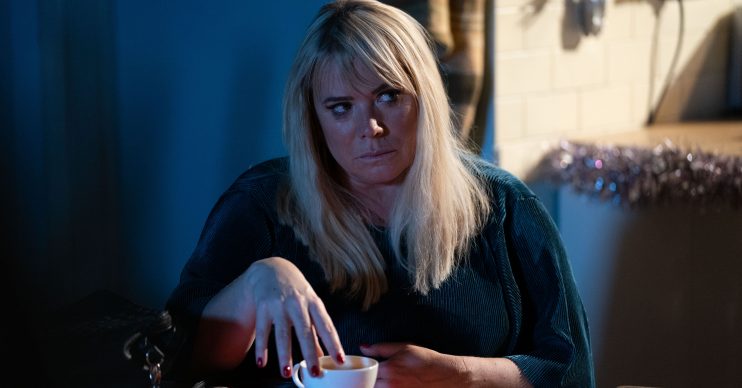 Actress Letitia has revealed what will happen at Christmas

Sharon Mitchell will do anything to keep her secret in EastEnders, actress Letitia Dean has hinted.

Last night Sharon confided in Lisa Fowler about Keanu being the father of her unborn baby in an effort to keep her quiet for good.

She is hoping Lisa won’t want to devastate her daughter Louise so soon after she gave birth.

But Letitia has made it clear there is nothing Sharon won’t do to keep the secret from coming out.

“Sharon’s already gone to great lengths to protect her secret,” she told Digital Spy. “She kidnapped Keanu, she chased Mel to the airport, and she’s lied to everyone around here.

“If she was pushed even further, I don’t think there’s anything she wouldn’t do to protect herself, her baby and even Keanu.”

She added: “No, I don’t think she does. Although Sharon thinks her secret is under wraps, the fear of it all coming out doesn’t go away – it’s still looming over here.”

Leitia said Sharon “took a huge risk telling Lisa everything, but she thought it was the only thing she could do to shut her up”.

She added that Sharon “doesn’t think for one second Lisa would reveal all to Louise, it would break her heart, so Sharon’s quietly confident”.

However the secret will come out in a dramatic Christmas Day episode that will see Phil explode with rage at both cheat Sharon and Keanu.

But Letitia has promised after the huge reveal that Sharon won’t take it lying down and her inner fighter will come out.

She teased that “scenes are so tense, all I’ll say is that it’s EastEnders at Christmas so it’s very dramatic” and Phil “is at his angriest and we see the fighter in Sharon, it was a fantastic dynamic to play”.