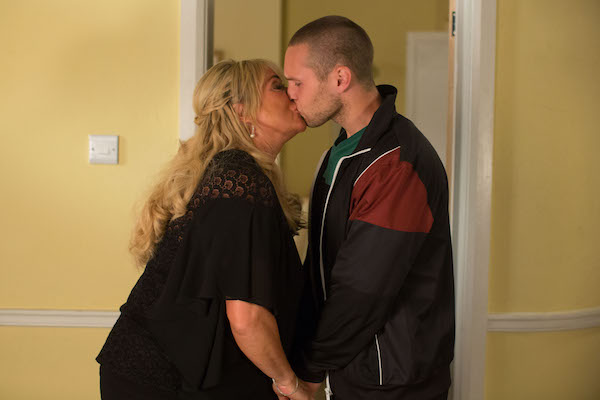 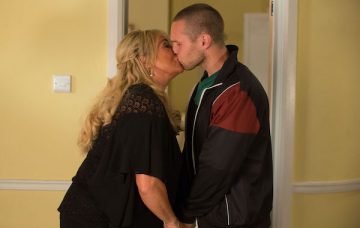 EastEnders’ Sharon and Keanu to reunite after affair is exposed?

Before he was with Louise, Keanu was having an affair with Phil's wife!

It looks like Sharon Mitchell and Keanu Taylor could get back together after their affair is exposed in EastEnders.

Keanu actor Danny Walters told The Daily Star Online at the Inside Soap Awards: “In a parallel universe, Louise and Keanu would be the perfect couple and they would have a happy family, he would look after her.

“But you just have this one bit of history with Sharon and it haunts him everyday of his life.”

When asked if the big reveal could bring Keanu and Sharon closer together he said: “If Letitia Dean is up for it, I’m up for it.

“Maybe they could be each other’s shoulders to cry on…”

Keanu then went onto start a relationship with Phil’s daughter Louise, who is now pregnant with his child.

But when Louise ended their relationship after finding out Phil originally paid him to keep an eye on her, heartbroken Keanu ended up sleeping with Sharon once again.

When he and Louise got back together and decided to keep their baby, Sharon discovered she was also pregnant.

To make things even worse, a paternity test ruled out Phil as the father.

So unless there’s a third potential father, it looks like Keanu is the dad.

With the affair reveal set to come at Christmas, will Sharon and Keanu be left with no option but to turn to each other?