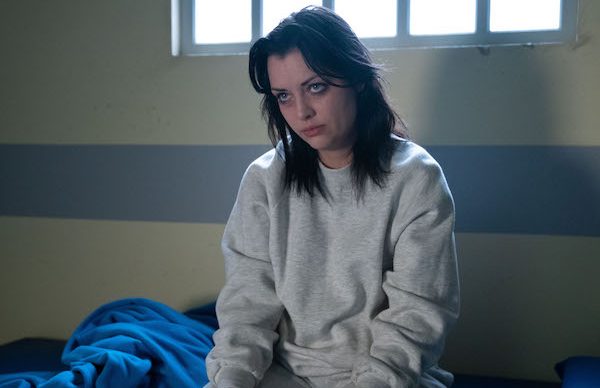 Here's when you can catch it

The EastEnders schedule is set for a shake-up this week as football means the soap is airing at different times and on different days.

EastEnders usually airs every weekday except Wednesday evenings. However, this week the London-based soap will have a shorter run.

The show that is set in Walford, in east London, has had its schedule changed to make way for FA cup football.

This week, the soap’s Monday episode will air at 8pm as usual following a BBC News Special on the Coronavirus.

EastEnders will not be on on Tuesday (March 2), due to an FA Cup tie pitting Liverpool against Chelsea.

Holby City is also not on this week as there’s another FA Cup fixture on Wednesday.

EastEnders will be back on air at 7.30pm on Thursday, and then at 8.30pm on Friday for an hour to make up for the missing Tuesday episode.

The Walford residents are still reeling from the aftermath of the tragic boat party and the untimely death of 13-year-old Dennis Rickman.

Sharon, who is struggling to bond with new son, Kayden, begins to plan Dennis’s funeral, with the support of Jay.

Elsewhere, Linda is more determined than ever to beat the booze and get her drinking problem under control, wanting to be there for Sharon.

When Linda notices that Sharon is struggling, she offers to look after the baby to give Sharon a break and to keep herself busy.

Elsewhere in Walford, Iqra and Keegan’s business gets the boost it needs – Masood’s old van – giving them the opportunity to start building their business.

However, Keegan’s happiness is short-lived, when after attempting to stop an intruder who has broken into his and Tiffany’s home, Keegan ends up injured and is then arrested.

Meanwhile, after reassuring Whitney in prison, Gray is forced to lie to Tiffany about the state Whitney is in.

Chantelle tried to support her husband but the pressure gets too much and he explodes, grabbing Chantelle before telling her that he is dropping Whitney’s case.

Tell us what you think of the EastEnders’ schedule shakeup by leaving a comment on our Facebook page @EntertainmentDailyFix!