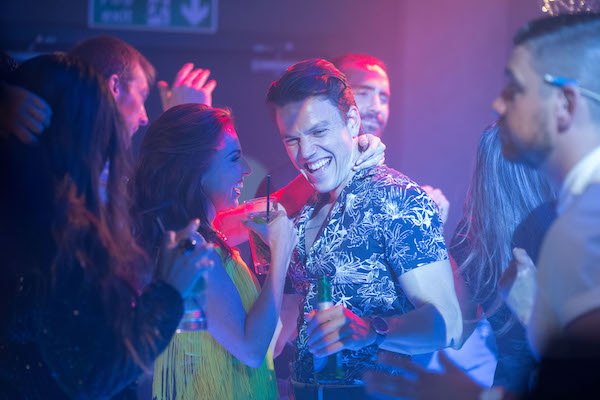 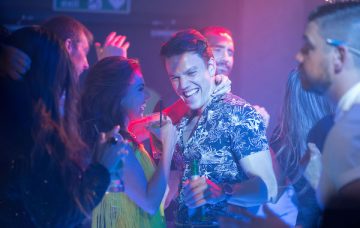 Ruby’s rape plot in EastEnders dissected: the ‘truth’ from both sides

Ruby's return hasn't been a happy one...

Ruby Allen’s return to Walford has been blighted with misery after she was sexually assaulted on a night out.

Viewers have praised actress Louisa Lytton for her scenes, as the confused young woman has had to come to terms with what happened to her.

In emotional scenes aired earlier this week, Ruby was gutted to lose the trust of good friend Stacey (Lacey Turner) after a photo implied she might have consented…

In her defence, Ruby recounted her side of the evening, opposing the story the boys have put forward.

And last night (Tuesday 16 October), Stacey persuaded Ruby to go to the police.

So what DO both parties say about the night in question…

Clearly shaken after a school reunion at the E20 nightclub, Ruby confided in her pal about Stacey what happened when some of the revellers ended up partying on at Ross’ house.

She explained she had gone back to Ross’ place after they left the club and agreed to sleep with him. However, she says she later woke up with another man, Matt, in bed with her before he had sex with her.

She said: “It was dark, I thought it was Ross and I rolled over and his face was lit up… It was Matt, and he had this look in his eyes that blokes get and I couldn’t move. I didn’t do anything, I just laid there.”

In more heart-wrenching scenes this week, a traumatised Ruby told Stacey: “Ross said we should all go back to his and have a party. Well, like I told you, it just happened.

“I felt like I owed him. Then I woke up and, well, I thought it was Ross. I kept thinking Ross would come in and shout at him, just tell him to go but he didn’t.

“Matt kept touching me. He said Ross said it was his turn. I kept thinking how to get out of there because the others were just next door but I just wanted it to stop, all of it.”

WHAT MATT AND ROSS SAY:

While Stacey listened in horror to Ruby’s harrowing version of events, Martin was hearing an entirely different story from Ross, Matt and Glenn.

As Ross admitted to sleeping with a drunk Ruby, Matt also claimed he’d had consensual sex with her as well.

While Martin did question his friends’ behaviour and the disrespectful way they were talking about her, he was assured that Ruby was very willing.

They wrote Ruby off as not “girlfriend material”, and implied she had been up for it with both of them.

In uncomfortable scenes, they also claimed women have all the power and “men have to tread on eggshells” these days.

WHAT THE PROFESSIONALS SAY:

Rape Crisis has praised EastEnders for “educating” viewers on consent through their rape storyline.

Spokeswoman Katie Russell has said: “It will be evident as the story unfolds, but it is evident with the way the public has received the scene so far that we still have a lot of education and public awareness raising to do when it comes to the issue of consent.

“People refer to this as a grey area, but it’s actually quite straightforward in law.

“We know about fight or flight as responses to terrifying situations, but there is also freeze and flop, which are actually much more common. Consent is not just saying no or not fighting back, it’s actively, positively, freely saying yes.”

Fans have praised Louisa and the BBC soap for highlighting the issue of consent.

And many have been left heartbroken by scenes in which Ruby has recounted her ordeal.

One viewer tweeted: “Wow, @louisalytton you had me in tears once again tonight, it’s so wonderful having you back on screen! But I hope Stacey decides to support Ruby #EastEnders.”

Another described the scenes as “iconic”.

Great performance from @louisalytton tonight. My heart breaks for Ruby. Glad to see discussions happening on here about her storyline. That’s the beauty of soaps and why I love them so much. #EastEnders

A third added: “It’s great having Ruby back on our screens @louisalytton & loving her back with her bestie Stacey @LaceyTurner although it’s a tough storyline to watch but as always I applaud you both for how you both are playing it.”

“Great performance from @louisalytton tonight,” said another. “My heart breaks for Ruby. Glad to see discussions happening on here about her storyline. That’s the beauty of soaps and why I love them so much.”

Meanwhile, Louisa appeared on Lorraine and revealed that rape victims have got in touch with her to say the Ruby Allen rape storyline has given them the “closure” they needed.

Stacey and Martin’s marriage looks set to hit the rocks, with Stacey staunchly believing Ruby, while Martin remains adamant that his friends are telling the truth.

Ruby, who is struggling to cope, has decided to report the rape – but will Matt get arrested as the police launch an investigation?

And, if so, will he try to accuse her of lying?

Do you think Matt will face justice? Leave us a comment on our Facebook page @EntertainmentDailyFix and let us know what you think!