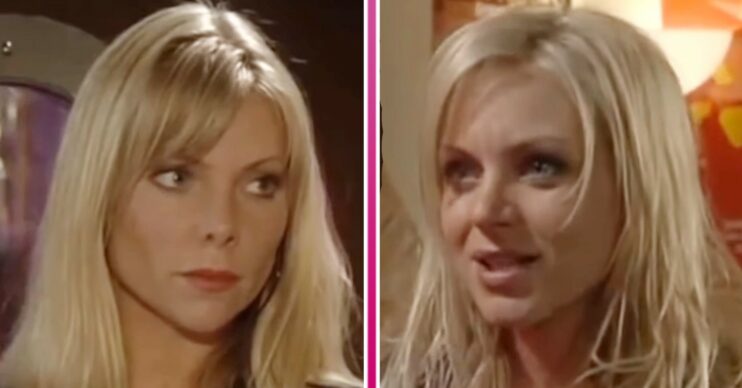 EastEnders’ Ronnie and Roxy Mitchell to make comeback to the soap

The sisters drowned in a controversial 2017 storyline

EastEnders’ Ronnie and Roxy Mitchell are making a comeback to the BBC soap in scenes to be aired this autumn.

The sisters, who drowned on New Year’s Day 2017, will feature in upcoming flashback scenes.

It was announced last night (Tuesday July 26) that Jaime Winstone is going to play show icon Peggy Mitchell in a special episode.

The flashbacks are centred around the Mitchell family as Phil is forced to confront his past.

In the present, the pressure is on Phil from DCI Keeble, but can clues from his younger years help him protect his family now?

Jaime, who played Peggy actress Dame Barbara Windsor in a biopic of her life, is leading the cast of episodes as she tries to keep her boys, Phil and Grant, and daughter Sam in line.

We go back to 1979 and the Mitchells are hit by economic struggles. Peggy and Eric’s marriage is showing the cracks.

Meanwhile, Phil is fighting with his father for the man of the house title and tensions are rising.

Where do EastEnders’ Ronnie and Roxy fit in?

Other Mitchells will also appear in the episode.

Billy’s older brother, Charlie, and their father Stephen, who have never been on screen before, will appear.

And we’ll also meet a young Archie and Glenda Mitchell.

They are raising daughters Ronnie and Roxy.

At this point, the sisters are small girls so it will be new, young actresses in the roles. Details of who is playing them are yet to be confirmed.

However, EastEnders’ Ronnie and Roxy are as lively as ever and it’s a struggle for Glenda to keep them under control!

Executive producer Chris Clenshaw has spoken about the special episode.

“We’re delighted to be welcoming an incredible cast of actors to set for this special flashback episode, including the luminous Jaime Winstone as a young Peggy Mitchell.

“Focussed on the Mitchell family, audiences will embark on a rollercoaster journey to the East End of London in 1979 where they’ll delve into the family’s past, seeing much-loved and iconic characters, as well as meeting characters from the show’s history that have never been seen on screen before.

“There are twists, turns and secrets revealed – after all, trouble is never too far away where The Mitchells are concerned!”

What happened to EastEnders’ Ronnie and Roxy?

During their 10 years on the Square, the sisters were involved in nearly all the drama.

Ronnie, in particular, had her fair share of trauma.

She found her long-lost daughter, who she believed to have died at birth, only to lose her again when she died moments after they were reunited.

Ronnie was also involved in a huge baby swap storyline. When her newborn, James, died of cot death shortly after his birth, grief-stricken Ronnie swapped him with also newborn Tommy Moon.

She was sent to prison for three years when the truth was revealed.

Roxy, meanwhile, had two marriages – one to Sean Slater and one to Alfie Moon – and her biggest story was discovering who was the daddy of her baby Amy: Sean or her sister’s husband Jack Branning.

The sisters were killed off in a controversial move by new show boss Sean O’Connor.

Despite the shock surrounding their departure, with neither actress wanting the door closed forever, their exit scenes were aired on New Year’s Day 2017.

After Ronnie finally got her happy ending marrying Jack again she and Roxy shared a bottle of champagne by the hotel swimming pool.

Roxy had been taking cocaine and when she went into the water she suffered a fatal heart attack.

Ronnie tried to save her, but drowned due to the weight of the water pulling down her wedding dress.

There have been numerous calls for the sisters to return.

It looks like fans have finally got their wish.