Phil Mitchell is going to violently explode at cheating wife Sharon in EastEnders over Christmas.

In an explosive new Christmas trailer Phil discovers the truth about Sharon and Keanu's affair and loses it at the dinner table.

Do you hear what I hear? That’s right, it's the #EastEnders Christmas Trailer. 🌲
The most wonderful time of the year just got even better... pic.twitter.com/zg34ZFiEwm

"Worth it, was he?" screams Phil as Sharon cowers in the corner.

But when Phil picks up one of the chairs and hurls it at Sharon, it's clear he means to do her serious harm.

He thinks Jack is the man who fathered Sharon's baby but he will eventually reveal the truth putting Sharon and Keanu in serious danger.

She said: "The scenes are so tense, all I'll say is that it's EastEnders at Christmas so it's very dramatic – Phil is at his angriest and we see the fighter in Sharon, it was a fantastic dynamic to play. 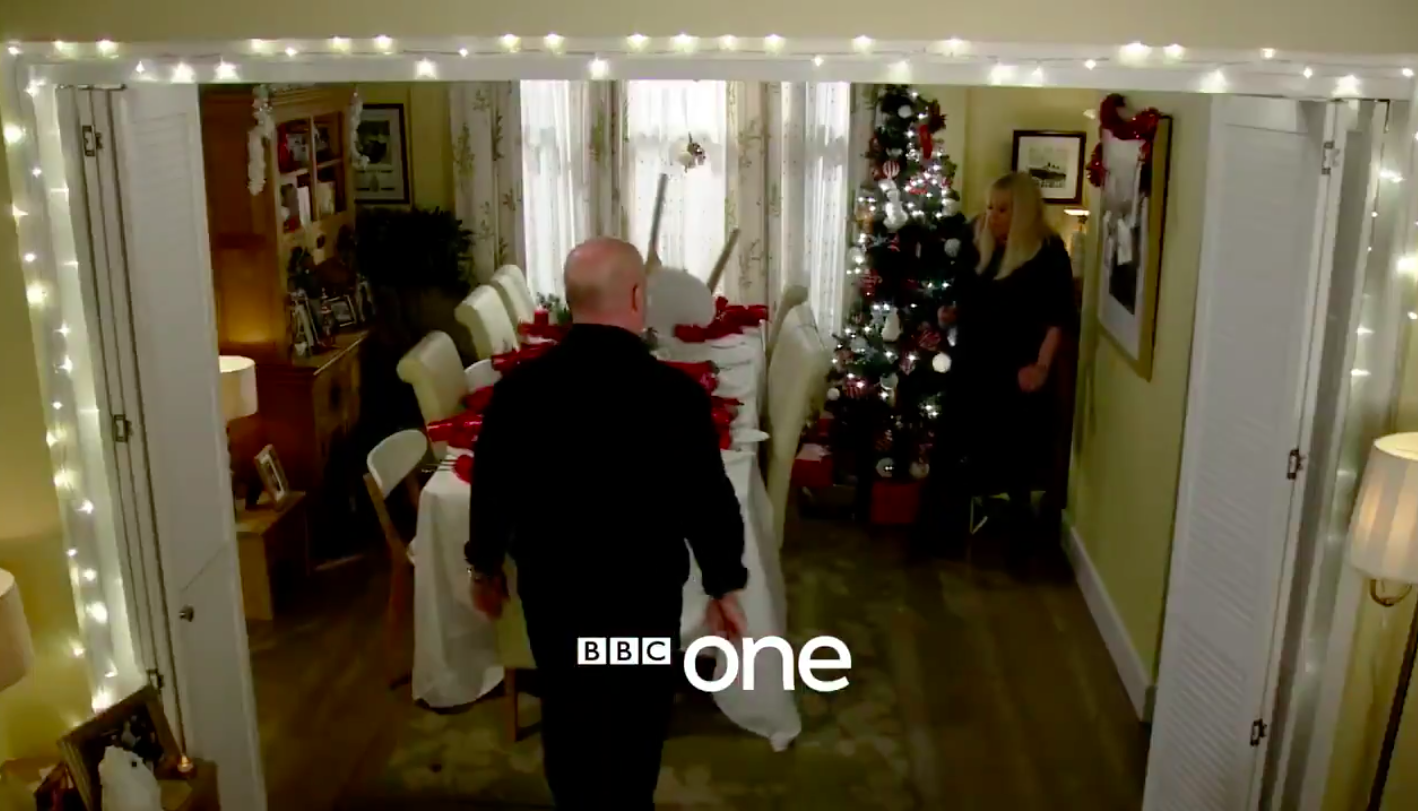 Sharon's terrified of Phil - but she will fight back (Credit: BBC)

"Well, Sharon has no idea that Phil knows – she's been slaving away getting everything ready for Christmas dinner.

"Then, from nowhere, Phil confronts her. Obviously, Phil explodes and all hell breaks loose at No. 55, Sharon finds herself with nowhere to hide.

"I don't want to spoil anything, but there are some twists and turns that Sharon definitely didn't see coming… and neither did I (laughs)."

She added: "Although Sharon thinks her secret is under wraps, the fear of it all coming out doesn't go away – it's still looming over her."

How do you think the Phil and Sharon battle will end? Leave us a comment on our Facebook page @EntertainmentDailyFix and let us know what you think!