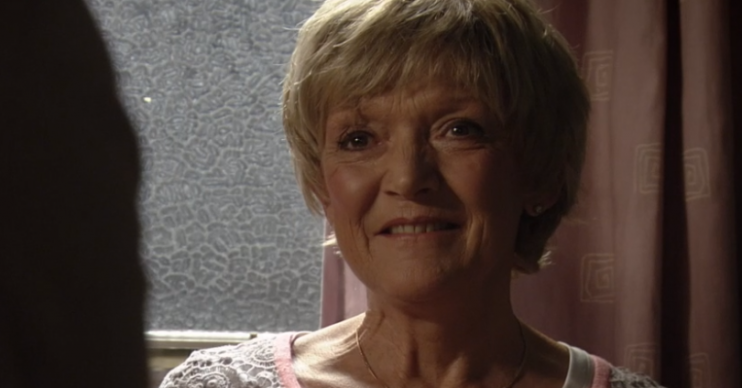 EastEnders viewers love ‘new Jean’ as she stands up to Suki

Viewers of EastEnders are loving the ‘new Jean Slater’ as she had the confidence to stand up to Suki Panesar.

Recently Jean’s boyfriend Daniel died of cancer and he always encouraged her to “be more Jean” and have more confidence.

Since his death, Jean has been making sure to take on Daniel’s advice and after discovering her neighbour and ‘friend’ Suki was faking having cancer, Jean confronted Suki.

In last night’s episode (Wednesday, March 10), Suki’s children Kheerat and Ash forced their mum round to the Slaters’ home so Suki could apologise to Jean for her lies.

However instead of accepting Suki’s poor attempt at an apology, Jean made sure her feelings were known.

After explaining what it was like to lose Daniel, Jean told Suki that she tried her best to help her, even though Jean had cancer herself and was feeling weak.

Jean said: “I thought, here is a woman I can help. Oh and help you I did. I told you everything you needed to know about cancer. I was like your own little tour guide.

“But you don’t know what it’s really like do you! To feel so weak you can barely stand! And even on my bad days, I still tried to do my best by you!”

Jean eventually ended up throwing Suki out of the house and viewers were glad to see Jean standing up for herself.

In a Digital Spy forum, one viewer wrote: “I remember [Kate] Oates and [Jon] Sen saying Jean’s cancer would actually turn out ot be the best thing that ever happened to her and they were right.

“The new Jean is refreshing and I’m so glad that Oates and Sen have finally stopped her going around in circles like a crazy woman. I’m loving her new attitude and it seems like Jean vs Suki might be an ongoing rivalry and I love it!”

A second said: “Jean is brilliant.”

A third commented saying: “Yes I love her. She’s been fantastic this last year with Sean and lovely Daniel and now back with Shirley. New Jean is fierce.”

Are you glad Jean stood up to Suki?

What do you think of ‘new Jean’? Leave us a comment on our Facebook page @EntertainmentDailyFix and let us know what you think!