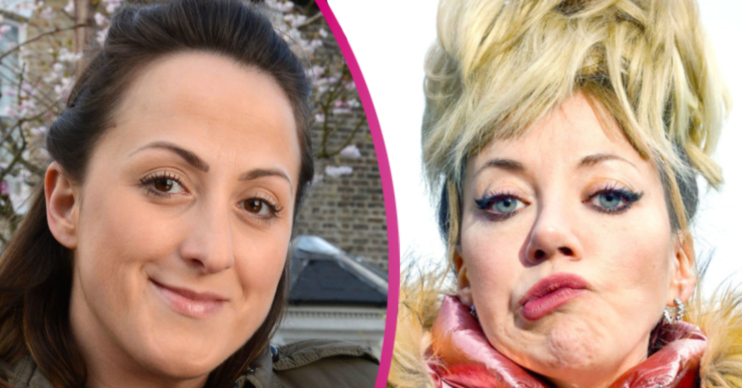 EastEnders’ Natalie Cassidy will shock fans as she transforms into gangster

Natalie has landed a new role!

EastEnders star Natalie Cassidy has landed a new acting role in comedy Mandy – and she’s set to shock fans as a gangster.

The actress plays Sonia Fowler in the soap but she’s branching out to appear in the new BBC Two sitcom.

The writer and star of the show, Diane Morgan has revealed how it all came about after Natalie messaged her on Twitter.

Diane told the Guardian: “She messaged me on Twitter one day and we started chatting. Then I wrote this part and thought, ‘Who can I get to play this Cockney gangster lady? Aha, Cassidy!’

“Everyone knows her as softy Sonia with her trumpet. I thought I’d wrestle that trumpet off her and get her a bloody Oscar.

“I’m not sure how people will feel about her effing and jeffing. They’ll either be appalled or think it’s fantastic.”

The series is based on last year’s comedy short Mandy.

The BBC describes it as: “Mandy is a woman with dreams. Big dreams. Most of all she dreams of breeding Doberman Pinchers.

“But there are hurdles to overcome before that dream can become a reality.

“In the series we’ll see her go on a health kick, rent out her small back bedroom on Airbnb and attempt a series of short-lived jobs in the modern gig economy.”

EastEnders’ Sonia has a major story coming up

Missing her daughter and desperate for a connection, Sonia makes a big decision about her future and decides to track down her father – Terry Cant.

Viewers have never met Terry before but know he was abusive to Sonia’s mum, Carol Jackson.

The soap will pick the storyline back up when it resumes airing in September after a three-month break.