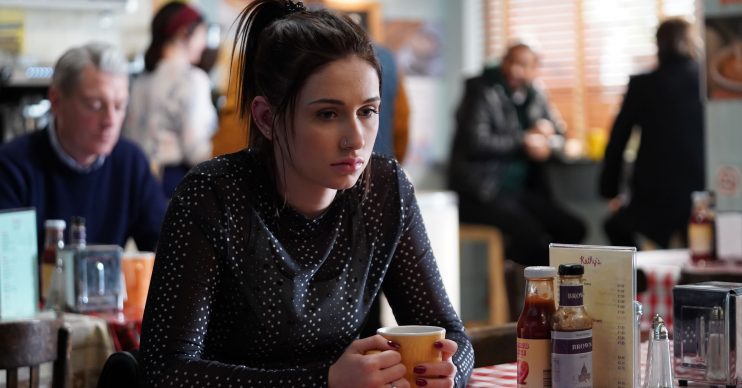 Could there be more complications for Peter and Bobby's relationship?

However Dotty knows how to make things work to her advantage and starts to get close with Peter.

In an interview with Metro Soaps newsletter, Milly said: “At first, it’s about the fact that he’s the best looking boy on the Square in her eyes!

“But she also sees Peter as a means of getting to Ian which kind of nails it to her.

“But as she gets to know Peter, he brings out a softer side to her – he has been through so much with Lucy so they do connect in a big way.

“She likes him more than he anticipated and she may let her guard down.”

The EastEnders star also explained how Dotty doesn’t have romantic feelings for Bobby, who is three years younger than Dotty.

She explained: “She sees Bobby as a little brother! He’s only 16 and she’s 19 and that’s quite a difference – and he’s so sweet and innocent.

“Poor Bobby, she does like him and finds him quite cute but not in that kind of way at all.”

What does Peter and Dotty’s romance mean for Peter and Bobby?

Why is Dotty blackmailing Ian?

But as she gets to know Peter, he brings out a softer side to her.

However, the boat ended up crashing and, despite Ian trying to save Dennis, he ended up drowning.

In return for her silence, Dotty wants the money to buy the Arches, which is owned by Phil Mitchell.

But will her romance with Peter change things?

Do Peter and Bobby get along?

Unfortunately, Peter and Bobby have a very complicated and strained relationship.

When Bobby was 10 years old, he killed his half-sister, Peter’s twin, Lucy.

For nearly a year, no one knew who killed Lucy. But eventually the truth was revealed on the soap’s 30th anniversary by Bobby’s adoptive mum Jane.

She discovered Bobby murdered Lucy and took her body to Walford Common. However Bobby didn’t realise he had killed Lucy until Dennis Rickman Jr told him.

Before Peter left for New Zealand, he tried to forgive Bobby and eventually the young boy went to prison.

Is Peter’s upcoming romance with Dotty going to complicate things even further?