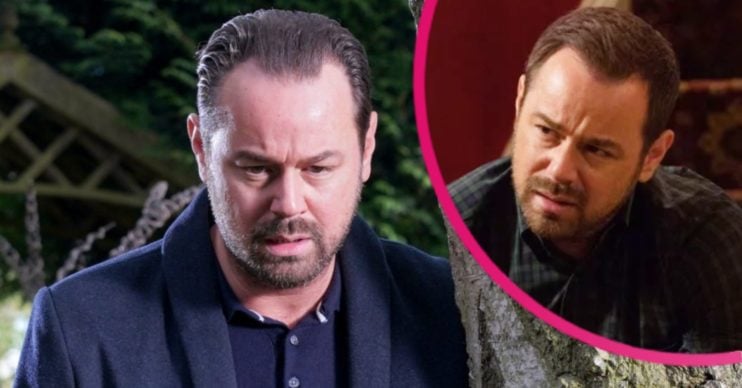 But as the BBC One soap gives insight into Mick’s childhood, James will be introduced to viewers.

This young man is James Roberts, he has been cast to play a young Mick Carter in the upcoming flashback scenes #EastEnders pic.twitter.com/KsXTiTINK9

EastEnders: Who is James Roberts?

The actor’s mother is a double in the BBC soap.

She told James’ school: “It’s been amazing to see all the various sets of EastEnders – including the outside Square itself plus all the internal shots which are filmed in the studios.

“He met Danny Dyer, who was very friendly and had a ‘tea break’, sitting in the Queen Vic which was fun!”

What’s the latest with Mick Carter?

Viewers have seen Mick become increasingly despondent over the last few months, with his panic attacks, emotional difficulties and mental health suffering as a result of his non-recent sexual abuse.

But things have got worse for Mick since his abuser, Katy Lewis, arrived in Walford.

Since arriving in the Square, Katy has been convincing him that she was no more than a friend and care worker to him.

Struggling to come to terms with the truth, Mick has alienated his family and continued to bury his past problems.

What happens on New Year’s Eve?

In the New Year’s Eve episode things spiral further for Mick as he contemplates taking his own life.

EastEnders boss Jon Sen and the soap team are working with Samaritans to create a story that will try to show to viewers that suicide is not inevitable.

Jon said: “We have worked closely with the NSPCC and Survivors UK since the inception of this story and as viewers watch Mick struggle to come to terms with the truth of what happened to him as a child.”