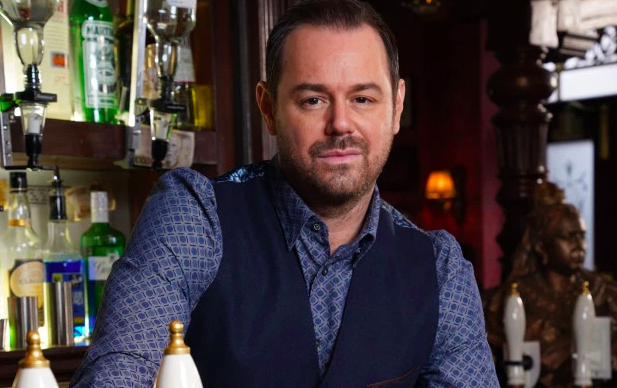 But who will replace him?

Mick Carter will ‘quit as landlord of The Queen Vic’ in upcoming EastEnders scenes, after deciding to put his family first.

The dedicated family man will walk away from the job he loves, after making the decision he and his loved ones can’t stay any longer because of his wife’s alcoholism.

According to The Sun Online, Mick makes the difficult decision to move out of The Vic in a bid to put his family first and get Linda away from alcohol.

With Linda struggling to quit booze, it makes sense that Mick moves the family out of the pub.

A soap insider told the wesbite: “With Linda struggling to quit booze, it makes sense that Mick moves the family out of the pub.

“His decision will spark a bidding war between some of the residents who fancy taking on the biggest job in Walford.”

Read more: Dean Gaffney hints he will return to EastEnders after being ‘axed‘

The source continued: “Viewers will be sad to see Mick no longer behind the bar, but that doesn’t mean he won’t return at some point in the future.”

Former landlords of the Queen Vic have included Peggy Mitchell, Alfie and Kat Moon, Frank and Pat Butcher and, of course, the legendary Den and Angie Watts.

Will Sharon return to the home where she grew up and become the new landlady of The Queen Vic?

Or will her estranged husband Phil Mitchell fight her for it?

Commenting on the story, one soap fan suggested: “Phil and Grant should take over The Vic and become the main characters again.”

Mick Carter has been landlord of Walford’s local boozer ever since he first arrived in 2013.

He and wife Linda ran it together, but her recent battle with alcoholism has now made that impossible.

Linda began drinking heavily last year to cope with the stresses of her life, including her youngest son Olly’s autism diagnosis.

Her drink problem has threatened her marriage, her role as a mother, and even her life after she became trapped below deck on a sinking ship during the dramatic 35th anniversary episodes.

Will you miss Mick Carter in The Queen Vic? Who would you like to replace him? Leave us a comment on our Facebook page @EntertainmentDailyFix and let us know what you think!