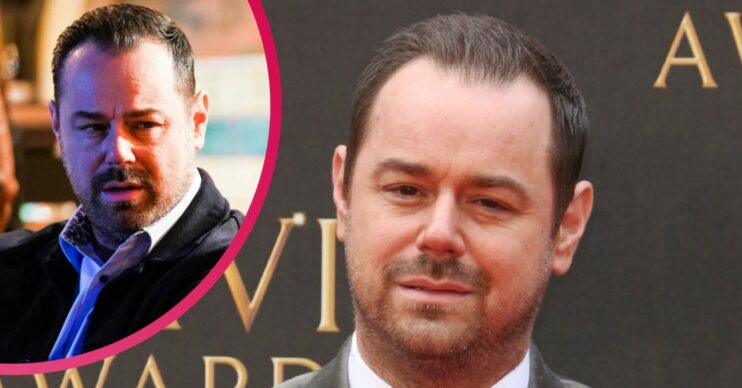 The actor will leave the soap this year

EastEnders star Danny Dyer has hinted that Mick Carter will be killed off in explosive exit storyline.

The actor has played Queen Vic landlord Mick in the BBC soap since 2013.

But he has now decided to walk away to take on new roles.

And he has promised his exit storyline will be “huge”.

Danny told The Sun: “There’s been a discussion about what we’re gonna do. I might be killed off, I might not.

“I don’t want a heart attack because of high cholesterol. I want to go out and I want to get people talking about it. So, yeah, it’s gonna be huge.”

The actor also opened up about his plans post EastEnders in a chat with the Mirror.

Danny and daughter Dani will be filming their own travel show focusing on mental health.

He explained: “We are going on a spiritual journey. It is more about finding different places and controlling our mental health. We are going to monasteries and things like that.

“It is me taking her on a little journey to try and discover more about spirituality, really.

“That is the premise. We are shooting it in August and we are going to Italy and a few other places as well.

“We are not going to France, but maybe Greece.”

Danny’s exit from the soap will play out this summer.

The soap confirmed the news in January, with a spokeswoman revealing: “Danny will be leaving EastEnders when his contract comes to an end later this year.

“However we won’t be saying goodbye just yet as there’’s still quite some time – and plenty of explosive drama for Mick – to come before he departs Walford.”