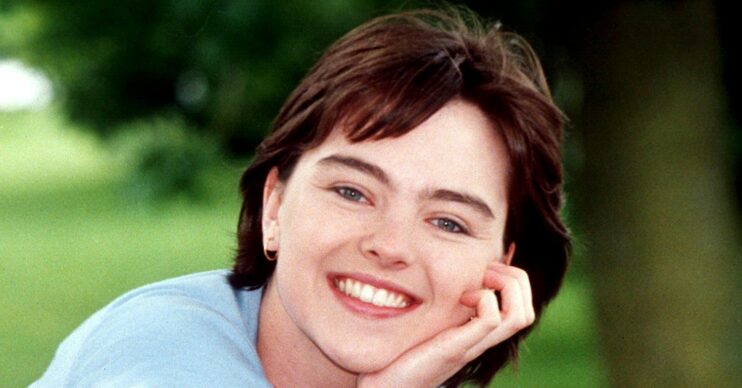 She played Mary Flaherty in the BBC soap

Melanie Clark Pullen, who starred in EastEnders in the 1990s has died aged 46.

The actress played Mary Flaherty, the long-lost great niece of Pauline Fowler between 1997 and 1999.

She leaves behind husband Simon and three children.

Who did Melanie Clark Pullen play in EastEnders?

Pauline discovered she had a sister in Ireland in 1997 and the Fowlers took a trip to meet her.

Mary ultimately came back to live in Walford and was close to Pauline and her cousin Mark.

After romances with Joe Wicks and Matthew Rose, Mary left in 1999 to move to Scotland with her father and his pregnant girlfriend, Ruth Fowler.

The actress was diagnosed with breast cancer in 2019 and underwent chemotherapy.

During her treatment it was discovered she had the BRCA 2 gene and was advised to undergo a double mastectomy. She also had her ovaries and tubes removed and had five rounds of radiotherapy.

In 2020, she was given the all clear, telling The Irish News: “I got the all clear; I’m cancer free, which is great, so now it’s all about recovery.”

However, she revealed on her website in June 2021 that the cancer had returned and she now had a brain tumour.

She wrote: “I was only given the all clear from cancer 18 months ago and it’s a cruel blow to think that I will now be starting into some kind of treatment again and that this time it will be long term and a permanent fixture of my life.”

Melanie was very open on her Facebook page about her progress and treatment.

Her last post, on March 14, saw her happy and smiling as she visited family.

However, she had informed followers previously she was intending to keep a low profile as she worked out her next options in terms of treatment.

Friends and former colleagues have all shared tributes on social media.

How sad to hear we have lost one of the gang. RIP dear Melanie 💕
Remembering happy days @bbceastenders #MelanieClarkPullen pic.twitter.com/JzZUmR6a7j

We’re deeply saddened to hear that Melanie Clark Pullen has passed away. Our love and thoughts are with Melanie’s family and friends. pic.twitter.com/ThlR1VNb7S

Our funny, beautiful, eccentric, creative Goddess Melanie Clark Pullen is gone. What a writer you were @StrutandBellow , what a force of nature, & most importantly, what a Mama. Your words and your babies live on. Our love and thoughts are with Simon 😞💔https://t.co/BmAX4hppCE

#melanieclarkpullen #maryflaherty @bbceastenders @EastEndersPress Another one taking from the dreadful C. RIP Melanie Clark Pullen. She played Mary Flaherty in EastEnders from 1997 to 1999. The first Irish barmaid in EastEnders. Also a part of the 1997 Irish episodes. Fowler’s. pic.twitter.com/7zxYh46J9W

What else was Melanie in?

As well as EastEnders, Melanie also starred in several period dramas, including Catherine Cookson’s A Dinner Full of Herbs.

She was in Inspector George Gently, and The Clinic.

Melanie also played a doctor in film Ordinary Love, which followed a couple through the wife’s cancer diagnosis and starred Liam Neeson and Lesley Manville.