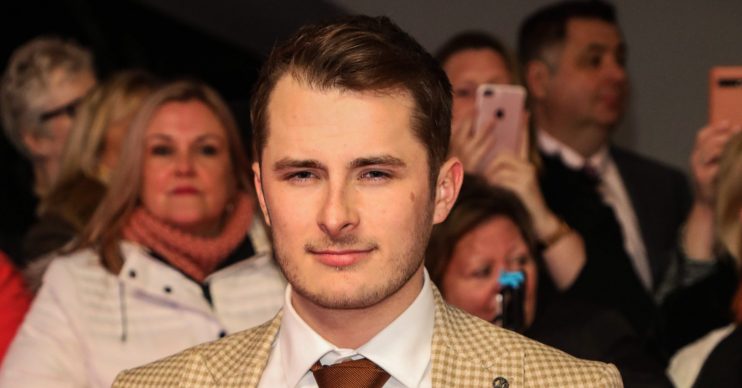 He joked about his 'dad bod' in the snaps

Max Bowden, who plays Ben Mitchell in EastEnders is soaking up the sun on holiday and he has shared snaps from his time away.

The actor posted a picture of himself in the sea, and joked about his ‘dad bod’!

Max captioned the shot, which was taken in Honduras: “If I breathe in anymore I’ll snap in half. #holidayweight #wastherebeforeholiday #dadbod #notadad.

Max’s girlfriend Danielle was quick to reassure her other half: “You’re fit,” she commented.

Another cheeky fan added: “I wouldn’t say no to that dad bod!”

“Looking good,” assured somebody else.

One even asked if he was the next James Bond!

If I breathe in anymore I’ll snap in half.

Max is enjoying his break after attending the National Television Awards with his nan last week.

Me and the most beautiful woman in the world ready for the NTAs…. thank you all for your votes! See you on the other side! ❤️ thank you @mrguild again

He shared a picture of them together before the event and said: “Me and the most beautiful woman in the world ready for the NTAs… thank you for all your votes!

“See you on the other side! Thank you @mrguild again.”

Earlier this month, Max had revealed he was bringing his nan along to the ceremony.

During an interview with Lorraine on her morning show, the host told Max she loved that he was taking the most important woman and Max dubbed his nan his “world.”

The actor was one of the nominees for Best Newcomer, but lost to Peter Ash, who plays Paul Foreman in Coronation Street.

Max is the sixth actor to play the role and since Ben’s return has become a big part of the show.

He recently almost fled the Square after setting up Keanu Taylor to be killed.

But he decided at the last minute he couldn’t go as he couldn’t leave boyfriend Callum and daughter Lexi behind.

But he might live to regret that decision as Keanu is rumoured to return for revenge in time for the 35th anniversary.