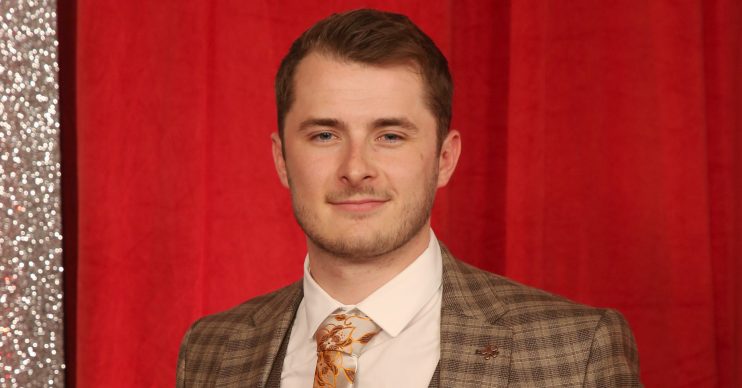 Max is very close to his nan!

Max Bowden, who plays Ben Mitchell in EastEnders, has shared a beautiful picture with his nan at the National Television Awards.

Me and the most beautiful woman in the world ready for the NTAs…. thank you all for your votes! See you on the other side! ❤️ thank you @mrguild again

He captioned the post: “Me and the most beautiful woman in the world ready for the NTAs… thank you for all your votes!

“See you on the other side! Thank you @mrguild again.”

One wrote: “She looks so beautiful.”

A second commented: “You both look absolutely beautiful as always.”

Earlier this month, Max revealed he was bringing his nan along to the NTAs.

During an interview with Lorraine on her morning show, the host told Max she loved that he was taking the most important woman and Max dubbed his nan his “world.”

The actor was one of the nominees for Best Newcomer, but lost to Peter Ash, who plays Paul Foreman in Coronation Street.

Me and the most beautiful woman in the world ready for the NTAs.

Max is the sixth actor to play the role and since Ben’s return has become a big part of the show.

In the last year, viewers have seen Ben’s relationship with his dad Phil dramatically change. Ben has also developed a connection with Callum Highway.

Keanu made an enemy of the Mitchells when they discovered he had an affair with Phil’s wife Sharon and she was carrying Keanu’s child.

To add insult to injury, he was also engaged to Phil’s daughter Louise, who had recently given birth to his daughter.

Martin decided not to kill Keanu and along with Linda Carter, they faked his death, pretending to kill him in a video.

Although viewers know Keanu is alive, the Mitchells still believe him to be dead.

After Sharon Mitchell showed the police the video, Phil fled the country with ex-wife Lisa, Louise and Peggy.