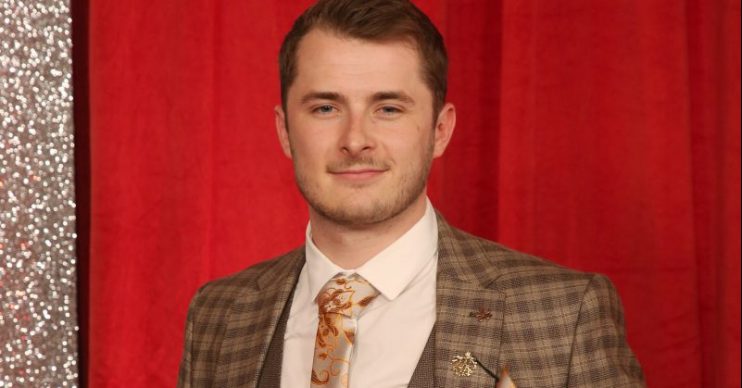 Actor Max Bowden, who plays EastEnders‘ Ben Mitchell, has shared a heartfelt tribute to his late grandad on the anniversary of his passing.

The soap star, 24, shared an emotional message to mark six years since he lost his grandfather, telling fans he still misses him “so much”.

Max posted a photo of his own hand clasped in his grandad’s and wrote, alongside a string of heart emojis: “Six years today. I miss you so much. Holding court for ya.”

Read more: EastEnders actor Tony Clay was worried he and Max Bowden wouldn’t get on

Max’s followers rushed to the comments to offer messages of support and share their own experiences with grief.

One said: “Thinking of you.”

Another wrote: “They’ll be so proud of you right now! Stay strong.”

A third commented: “Thinking of you, lost my beautiful mum four months ago and it’s so so hard.”

Someone else said: “I feel your pain, lost my grandad yesterday.”

A fifth put: “I lost my mum four months ago so it’s so hard to get through without your love ones. Sending my love.”

Writing on social media when his grandad died in 2013, Max paid tribute to his “best mate” and told pals their “bond will never be broken”.

One of his relatives responded: “He loved us so much, a true treasure to our family.”

Max acted in school drama Waterloo Road, in which he played Justin Fitzgerald, before joining the cast of EastEnders earlier this year.

He took over the role of Ben Mitchell when the character returned to Albert Square in April after just over a year away, replacing actor Harry Reid who portrayed the character from 2014 to 2018.

Not long after he joined the cast, some EastEnders fans took to Twitter to complain about the character’s apparent personality change and beg for Reid to return.

The actor posted a picture with Danielle Harold holding their on-screen daughter Lexi, who is played by Isabella Brown.

Max captioned the Instagram post: “Mummy and daddy had to play dress up this morning with little one.”

Fans loved the snap, with one commenting, “Brilliant, we know who’s boss!” and another writing, “This is the cutest picture ever”.