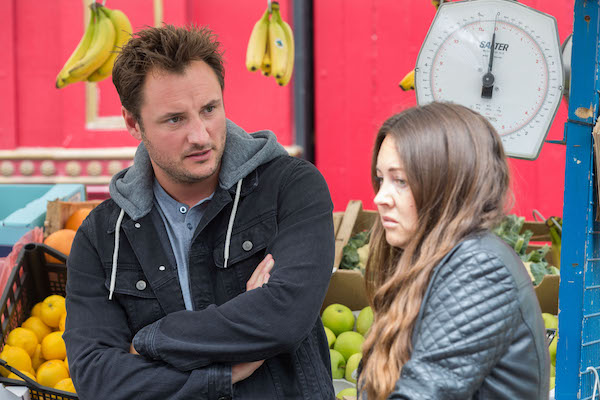 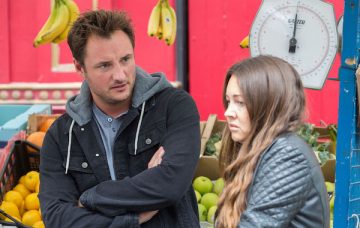 EastEnders’ Martin and Stacey to split over Ruby rape ordeal?

Could their divided loyalties lead to divorce?

Ever since it was revealed that Ruby Allen had been raped after a night out at E20 nightclub, Martin Fowler and Stacey Slater have been at loggerheads.

With each half of the couple standing by their friends, the pressure of having divided loyalties could eventually take it’s toll on the pair. But what could this mean for their marriage?

Last night saw the pair at war after Martin discovered a photo of Ruby kissing Matt early on in the evening of the school reunion.

Despite the fact Martin thought this meant Ruby might not be telling there whole truth, Stacey decided to stand by her friend and backed up Ruby’s allegations – leading to a huge argument between the married couple.

Tonight’s (Tuesday 16 October) visit to Walford saw Ruby and Stacey have another heart-to-heart about whether Ruby should go to the police, with Stacey opening up about her own sexual abuse at the hands of Archie Mitchell almost a decade ago.

Their frank chat came after Ruby tried it on with an unsuspecting Billy Mitchell in E20, the very same place that Ruby was partying with Stacey on the fateful night she was attacked.

But Stacey came to Ruby’s rescue, recognising the sights of someone desperately struggling with their inner demons.

Ruby was shocked as Stacey revealed what happened to her all those years ago, finally realising that her friend did know how she was feeling after all.

Stacey revealed that her biggest regret was not going to the police, begging Ruby to make sure this didn’t happen to someone else by reporting the crime.

As Ruby made her way to the station to tell the police was happened the night Martin’s friend Matt attacked her, could this pave the way for trouble between Martin and Stacey?

Stacey is bound to stand by her friend out of loyalty, but also because of personal experience. And Martin has struggled to believe that his friends are capable of what Ruby is accusing them of.

So as this storyline continues, could the cracks start to show in Stacey and Martin’s relationship once again?

Do you think this storyline could spell trouble for Martin and Stacey? Leave us a comment on our Facebook page @EntertainmentDailyFix and let us know what you think!