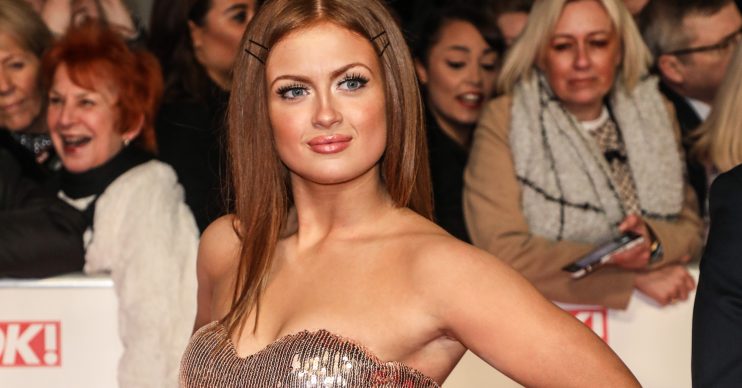 Maisie has been in EastEnders on and off since 2008

EastEnders actress Maisie Smith, who plays Tiffany Butcher-Baker in the soap, has bowled fans over after showing off her gorgeous curly hair.

Took a couple selfies coz my hair went hella curly

Maisie, who usually wears her hair straight, showed off some pictures of her hair falling in long wavy curls instead.

She captioned the post: “Took a couple selfies coz my hair went hella curly.”

Friends and fans rushed to comment on how stunning she looked.

One fan commented: “How can someone be this gorgeous?”

A second added: “You are stunning.”

The 18-year-old recently detailed how lockdown has been affecting her own mental health.

She opened up about her ongoing battle with body dysmorphia.

According to the NHS website, “body dysmorphia is a mental health condition where a person spends a lot of time worrying about their flaws in their appearance. These flaws are often unnoticeable to others.”

In an Instagram post, Maisie explained her anxiety “is hitting the roof” and has been feeling ‘trapped in her thoughts’.

Took a couple selfies cause my hair went hella curly.

This led her to write a song about her body dysmorphia.

In the song, she revealed she had been battling with the condition since she was 13 years old.

What is happening with EastEnders during the coronavirus pandemic?

It’s not known when the EastEnders cast will returned to work after it was announced they are no longer filming due to the coronavirus pandemic.

The decision has also been taken to reduce EastEnders episodes from four a week down to two.

EastEnders now airs Mondays at 8pm and Tuesdays at 7.30pm.

At the time of writing there are 51, 608 cases of coronavirus in the UK and there have been 5373 deaths.

The next episode of  EastEnders is tonight (Tuesday, April 7) at 7.30pm on BBC.