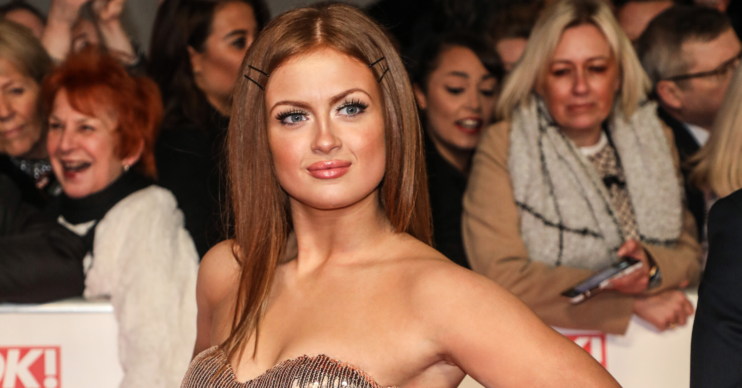 EastEnders’ Maisie Smith claps back at trolls who called her ‘vain’

Maisie Smith has hit back at trolls who called her vain for posing in photos on her social media.

The EastEnders star took to her Instagram story to respond to critics.

Speaking on a video, she said: “I get a lot of comments saying that I’m vain and that I love myself.

“And you are absolutely right – I do love myself, and it’s taken me a while to feel this way.

“I think that should be celebrated – not discouraged. Correct me if I’m wrong, guys.”

She didn’t say exactly which comments caused her to post the video.

On Friday, the Tiffany Butcher actress posted a video of herself showing off her incredible toned and tanned abs.

She captioned the video: “Febreezing,” in honour of the bottle of air freshener that is at the front of the shot.

And Maisie’s message of body positivity couldn’t have come at a better time. Love Island star Molly-Mae Hague found herself at the centre of a troll-related Twitter storm this week.

She had retweeted an account that had posted screenshots of comments from an online article. They showed readers making derogatory comments about her body, after she had been pictured in a bikini on holiday.

The original tweet read: “These comments are so vile. ‘Awful’ and ‘lardy’ is apparently how to describe a normal womans body?”

These comments are so vile. “Awful” and “lardy” is apparently how to describe a normal womans body?? pic.twitter.com/TLQB4nB3M9

One of the comments on the screenshot read: “She’s how old? Looks lardy, out of shape and needs to lose that flab.”

And another anonymous poster on the original article had told her to ‘go to the gym’.

Alongside the comments were photos of Molly-Mae, looking stunning, as usual.

The 21-year-old star tweeted the original post, saying: “I would genuinely love to know who writes these comments? Like how can you actually write [bleep] like that and sleep at night? Beyond me.”

Her post quickly racked up more than 270,000 likes, with messages of solidarity pouring in for the reality star.