Lorraine Stanley, who plays Karen Taylor on EastEnders, has shared a rare photo of her daughter Nancy.

The actress posted the picture to her Instagram page on Monday showing the little girl doing a puzzle.

When you get to the end of the puzzle and you have pieces missing.....☹️🧩👀

She captioned he post: "When you get to the end of the puzzle and you have pieces missing...."

One wrote: "Oh no! Nothing worse or infuriating, no matter what age!"

The 43-year-old posted a picture of her 'lookalike' mum and sisters.

Back in 2015, she announced the birth of her first child on Twitter with a cute pic of her daughter lying on a soft blanket in a babygrow.

Lorraine first appeared in EastEnders in 2016 as Linzi "Star" Bragg's mum Thelma, although the character only made a few appearances.

She joined the soap as Karen in 2017, when she moved onto Albert Square with five of her six children - Keanu, Keegan, Bernadette, Chatham and Riley. 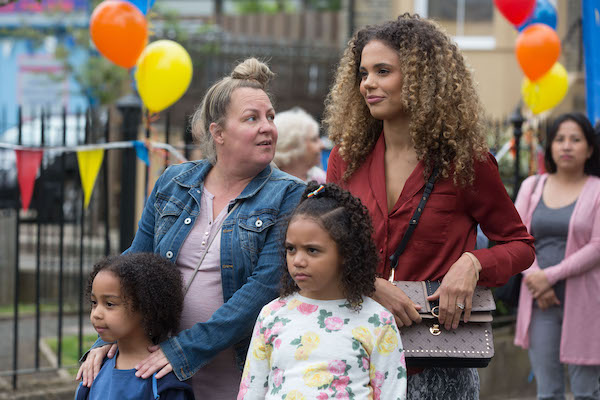 Earlier this year, her ex Mitch came back to the Square with his daughter Bailey.

Her daughter Chantelle also moved to Walford with her husband Gray and children Mia and Mackenzie.