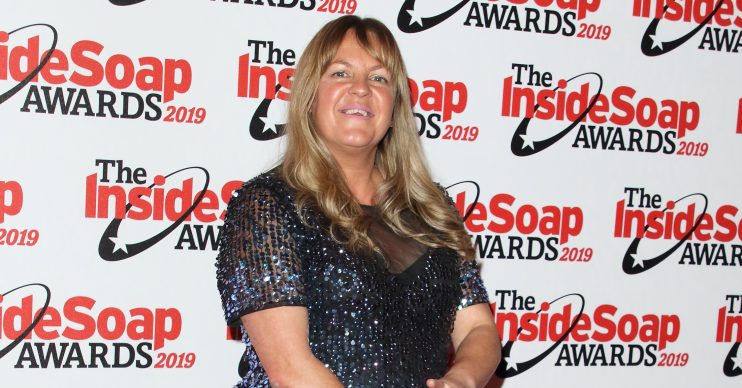 They were feeling festive together

Lorraine Stanley, who plays Karen Taylor in EastEnders has enjoyed an evening out with co-star Natalie Cassidy (Sonia Fowler) as they gear up for the festive season.

Sharing a picture of the pair, with Lorraine’s friend and personal trainer, Louise Appel, Lorraine said she was loving life with her friends.

Captioning the shot of the three outside their local, Lorraine wrote: “Such a warm feeling to be around beautiful friends in my new town…Thank you for a lovely afternoon at the Xmas carnival.”

Such a warm feeling to be around beautiful friends in my new town.. @louiseappelpt @natcass1 thankyou for a lovely afternoon at the Xmas carnival ✌🏼❤️X

And fans also left messages saying: “Love this,” and “Beauties”.

Gurlaine Kaur Garcha, who plays Ash Panesar on the BBC soap commented: “That’s my school town,” to which Lorraine replied: “No way! I love it here!”

Lorraine revealed back in May she had relocated to Hertfordshire.

During an interview with Carol Vorderman on morning show Lorraine, the actress revealed she had moved for many reasons including the amount of knife crime in London.

“Fresher air, better schools, less crime, in general, it was a big move and I feel great, it’s lovely there,” she said.

Lorraine clearly has an excellent relationship with her fellow cast members.

Last week she shared a gorgeous pic of her with Suzette Llewellyn.

And she also recently shared a video of her EastEnders family singing and dancing at a cast dinner.

Over the two years since the Taylor/Baker family have expanded with Karen’s eldest child Chantelle moving to the Square with her husband Gray and their children Mia and Mackenzie.

Recently Karen has been growing closer to Billy Mitchell, with the pair rumoured for a new romance.